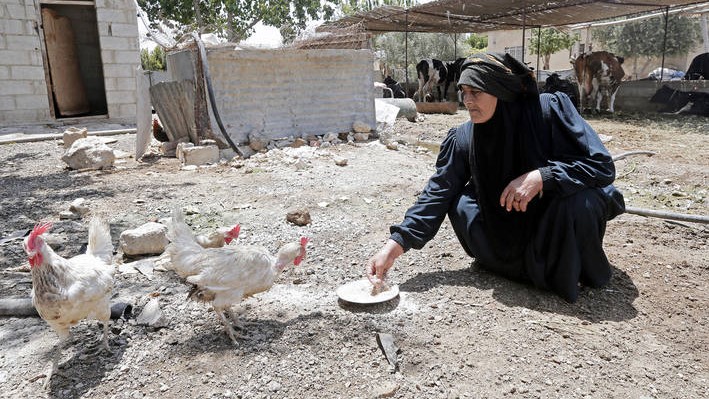 ROME — Civil wars and conflicts have increased markedly in the past decade, leading to the recent reverse of a steady trend towards reducing hunger.

They take their heaviest toll on rural communities engaged in agriculture. Wheat output in Syria has fallen by 40 percent and processed-food output in Iraq suffered a double-digit decline. In Sierra Leone’s civil war in the 1990s, 70 percent of livestock were destroyed and oil palm and rice production fell by more than 25 percent. In Burundi, research shows that an individual’s exposure to violence made them almost one-fifth less likely to grow coffee even four years after the war ended.

In economic terms, agricultural losses due to conflicts notably outstrip international development assistance. More dramatically, the multiple impact of conflicts – including forcibly displaced people and malnourished children – erode development in the very places that most need them. Some 75 percent of the world’s stunted children live in conflict-affected countries, and an estimated 87 percent of all people living in extreme poverty also live in environmentally vulnerable and fragile countries.

Agriculture and food systems are remarkably resilient, but as FAO Director-General José Graziano da Silva told the United Nations Security Council, “when these systems are lost, they are almost impossible to rebuild.”

In response to these challenges, FAO has developed a new Corporate Framework to support sustainable peace in the context of Agenda 2030 allowing the agency to transform its engagements in conflict-affected situations into deliberately focused, strategic and evidence-based approaches geared to supporting sustainable peace.
In synthesis, it guides FAO to craft its interventions in a conflict-sensitive manner that can contribute to the prevention of the outbreak, escalation, continuance and – importantly – the recurrence of conflict.

The Organization is committed to work “on, in and through” conflicts. As outlined in the Framework, this approach comprises, respectively, actions to minimize, avoid and resolve conflicts where food, agricultural and natural resources may be drivers; saving lives, protecting food systems and productive assets and building resilience in the midst of conflict, and seeking always to advance sustainable development including poverty reduction and managing natural resources in a conflict-sensitive manner throughout a conflict cycle.

Keeping farms out of the fight

At a time when conflicts over natural resources –  including land and water – are increasingly frequent, it’s important to note that agriculture is an arena that can be, in the framework’s own words, “a source of peace or conflict, of crisis or recovery, of tragedy or healing.”

FAO supports rural communities in coping with conflict. FAO has promoted participatory approaches to strengthening land tenure in the wake of civil wars in Angola, Côte d’Ivoire, Mozambique and now Colombia. Agriculture projects help reintegrate former combatants as part of Disarmament, Demobilization, and Reintegration programmes in the Democratic Republic of Congo, Uganda and the Philippines.

Often working with partner UN organizations, FAO is contributing  to sustaining peace in Afghanistan, the Lake Chad Basin, Myanmar, Somalia, South Sudan, Sudan,  Syria, Ukraine and Yemen, amongst others – all conflict hotspots today. Such work consists of helping set up dairy systems, providing seeds and farming inputs, devising shock responsive and risk informed social protection schemes and even supporting local peace deals to allow for livestock vaccination programmes to continue – a FAO specialty that has produced historic results including the elimination of Rinderpest at a time of armed conflict across East Africa.

A common theme is to support countries to maintain food production even in the worst of times.
Another area of exceptionally strong comparative advantage for FAO is in early warning systems, including seed security assessments, pastoralist forage metrics, market and food price monitoring, the Integrated Food Security Phase Classification (IPC) and the Resilience Index Measurement and Analysis Model (RIMA), the Food Chain Crisis Early Warning bulletins and Early Warning Early Action quarterly bulletins, along with numerous local partnership networks such as the drought resilience programme with IGAD to support pastoralists in the Horn of Africa.

These have a clear role to play in strategies to bolster food security with an eye to pre-empting potential conflicts, mitigating the humanitarian toll of those underway and reducing the risk of conflict relapse when peace has been agreed.

As agriculture is the primary economic sector in most conflict-affected states today, its importance is especially strong even beyond the basics of food security. It can be an engine of stabilization and recovery and contribute to the social fabric of trust.