Home » Help defend against grain bin accidents in your community 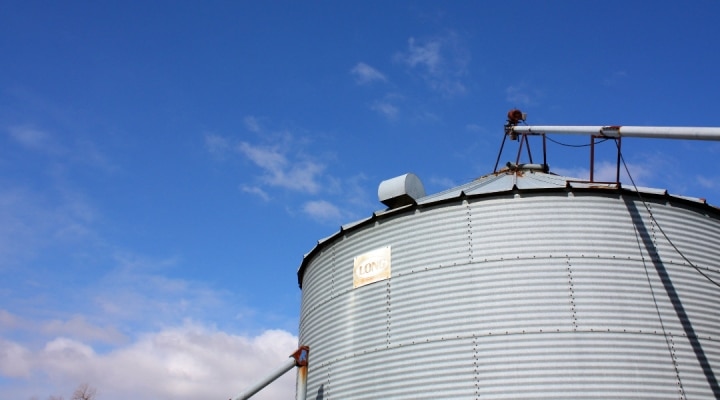 COLUMBUS, Ohio — For rural Americans, seeing grain bins dot the landscape is often an everyday occurrence. However, these storage structures pose very serious and threatening dangers to agriculture workers if proper health and safety procedures aren’t followed. In just 20 seconds, a farmer can sink in the quicksand-like flow of grain and become fully entrapped with little hope for survival. Such accidents have resulted in 81 deaths over the past five years.

To bring attention to the dangers and prevent these tragic accidents, the leading insurer of farms and ranches in the U.S.1, Nationwide, has opened its ninth annual Nominate Your Fire Department Contest in recognition of Grain Bin Safety Week. The annual advocacy campaign aims to deliver critical education and resources to agricultural professionals while also supplying life-saving rescue equipment and training to rural fire departments, who are often the first and only line of defense when an entrapment occurs. Nominations for this year’s Nominate Your Fire Department Contest are open until April 30.

“Nationwide has been deeply rooted in agriculture since the company’s founding by the Ohio Farm Bureau and our commitment to protecting America’s producers continues to fuel our work today,” said Brad Liggett, president of Agribusiness at Nationwide. “Grain Bin Safety Week is one of many efforts in place to help address the dangers they face. These accidents send shockwaves through rural communities each year, and the reality is, they are often preventable. We are proud to continue to grow Grain Bin Safety Week and bring on new partners in our mission to end this industry issue.”

Since initiating its Grain Bin Safety advocacy campaign in 2014, Nationwide has supplied grain rescue tubes and training to 207 fire departments in 31 states. At least five successful rescues have taken place using the resources provided through the program, including a recent July 2021 rescue in northwest Kansas.

To help prevent further deaths and injuries, Nationwide collaborates each year with the National Education Center for Agricultural Safety (NECAS) to provide safety training. NECAS instructors travel to training locations with state-of-the-art grain entrapment simulators and rescue tubes. The comprehensive training sessions include classroom education and rescue simulations using the entrapment tools, which are loaded onto 20-foot trailers and able to hold about 100 bushels of grain each.

“NECAS is proud to partner with Nationwide on its Grain Bin Safety advocacy initiative to share resources and education with farmers about the hazards of entering grain bins and employing a zero-entry mentality whenever possible,” said Dan Neenan, director at NECAS. “It’s also critically important to continue the hard work in getting rural fire departments the equipment and training they need to respond quickly in an entrapment scenario.”

Nationwide, a Fortune 100 company based in Columbus, Ohio, is one of the largest and strongest diversified insurance and financial services organizations in the United States. Nationwide is rated A+ by both A.M. Best and Standard & Poor’s. An industry leader in driving customer-focused innovation, Nationwide provides a full range of insurance and financial services products including auto, business, homeowners, farm and life insurance; public and private sector retirement plans, annuities and mutual funds; excess & surplus, specialty and surety; pet, motorcycle and boat insurance. For more information, visit www.nationwide.com. Follow us on Facebook and Twitter.

All cash contributions help purchase grain bin tubes and/or training. All donations are managed through the National Education Center for Agricultural Safety (NECAS), a 501(c)(3) non-profit.