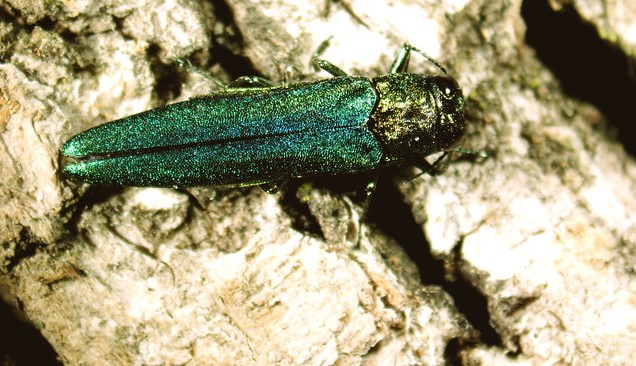 AUGUSTA, Maine  — During August, the Maine Department of Agriculture, Conservation and Forestry (DACF) and the United States Department of Agriculture (USDA) are asking the public to take a couple of minutes to check trees in their communities and forests for invasive insects. August is the peak time of year to see adult wood-boring insects, and the activity of other invasive pests is also visible.

“Our first defense against invasive species is to prevent their arrival in the first place,” State Horticulturist Gary Fish explained. “Our partners at USDA APHIS and Customs and Border Protection here in the US and Canadian Food Inspection Agency north of the border frequently stop plant pests before they can gain a foothold in North America. However, the volume of trade and travel prevents them from stopping every pest.”

Invasive species are non-native organisms that include plants, animals, and diseases. When introduced to a new environment, they lack natural predators or diseases to keep their populations in check. They are considered invasive when they harm the environment, the economy, and/or human health. Examples of those already impacting Maine’s Forests are numerous.

Maine State Forester Patty Cormier recognized the importance of public involvement in protecting our trees from invasive species. “Trees play an important role in our state economy and provide environmental benefits, including clean air and water and wildlife habitat and recreation opportunities. The public, our most important partner in detecting invasive species, is our eyes on the ground. We can avoid tree-loss from invasive species by stopping the spread of these pests.”

What to look for
State officials urge the public to be especially aware of four invasive species during their tree checks.

We’re asking people to take 10 minutes to search the trees in their yards, neighborhoods, and forests,” Cormier said. “If you find a suspected invasive pest, take a picture and send us information at bugwatch@maine.gov. It’s quick and easy and will connect you with an expert who can help.”

The photographs should show enough detail that an expert can verify or determine if follow-up is needed. It can be helpful to include an object, such as a coin or pencil, for scale. If it is an insect, try to capture it in case a photo is not enough. Otherwise, make sure you can find the affected tree again if needed. Captured insects can be stored in hard containers in a cool place. Most will survive in the refrigerator long enough to receive a response from the department.

Take Simple Actions to Prevent Spread
There are simple actions that anyone can take to avoid introducing and spreading invasive insects.

“We all have a role to play in preventing invasive species movement,” State Horticulturist Fish said. “Taking just a few minutes to check the trees in your yard can go a long way to ensuring that the forests and trees we rely on now are here for future generations.”