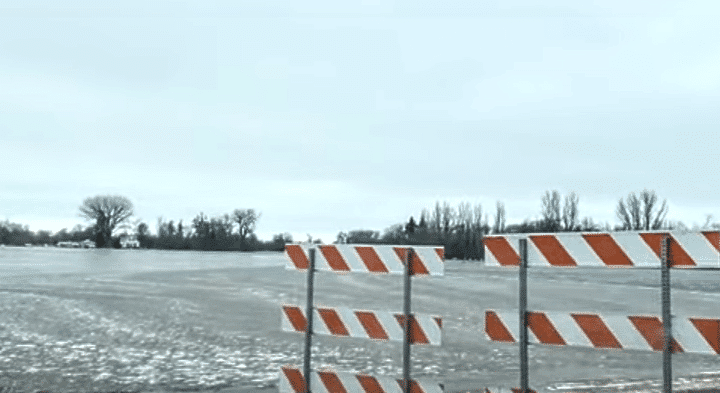 EAST GRAND FORKS, Minn. — Just when it appeared a routine spring melt and flood season was past us, heavy rain saturated the Red River Valley late last week. The late spring flood will set the start of planting season back for nearly all crops in the Red River Valley, including potatoes.

As of [April 25, 2022], many smaller streams had peaked but were still very high and overland flooding continued. The Red River is expected to crest at major flood stage in Grand Forks on [April 27, 2022] and downstream at Drayton, ND this coming weekend. Overland flooding has been widespread and many highways and county and township roads in the region have been washed out.

Most automated weather stations (NDAWN) throughout the region have recorded more than two inches of rain since last Friday, most of which fell on saturated topsoil from the spring melt and still-frozen subsoil. The weather station at the Grand Forks Potato Research Farm recorded nearly four inches of rain over that period.

More precipitation is forecast this coming weekend along with well below normal temperatures for the rest of this week.