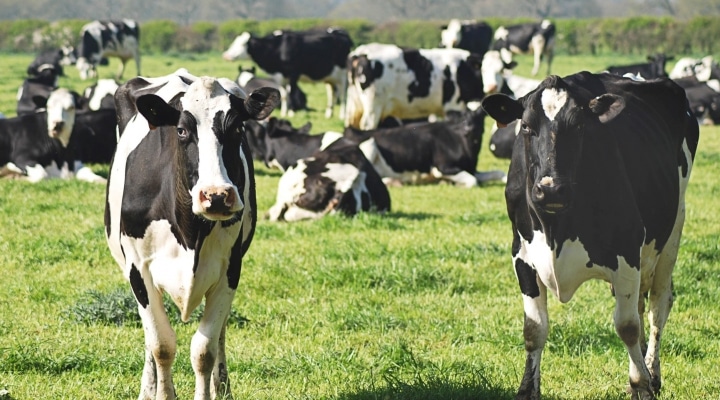 Heat stress in pregnant cows impairs the productivity and health of their female offspring. (Photo by Monika Kubala on Unsplash)

PHILADELPHIA — It is estimated that in the United States, environmental heat stress in cows costs the dairy industry more than $1.5 billion annually due to decreased milk production, impaired reproductive performance, increased rates of illness, and shortened lifespans. But what effects do heat stress in pregnant cows have on the productivity and health of their female offspring in the future, and how much might this affect dairy producers’ costs? In a recent article appearing in the Journal of Dairy Science, scientists from the University of Florida and the University of California, Davis investigated the performance and profitability of two future generations of cows born to mothers exposed to heat stress during pregnancy.

According to senior author Jimena Laporta, PhD, of the Department of Animal Sciences at the University of Florida, Gainesville, FL, USA, previous research has found that heifers born to cows that are heat-stressed during late gestation grow to be smaller and produce on average five kilograms per day less milk in their first lactation, compared with heifers born to dams that were cooled during the hottest days of the year.

“This suggests a permanent effect of fetal environment on genetic expression in adulthood,” said Laporta. “We hypothesized that exposure of pregnant cows to heat stress during late gestation will impair daughters’ and granddaughters’ lifetime performances.”

The authors’ first objective was to measure the carryover effects of maternal exposure to heat stress during late gestation on milk yield, reproductive performance, and survival rates of daughters and granddaughters. Their second was to estimate the economic losses related to those outcomes across the United States. Laporta and colleagues pooled and analyzed data collected over a 10-year period on performance of Holstein cows in Florida, the state with the greatest number of heat stress days per year. This gave them information on the lifespans, productivity, and reproductive performance of two successive generations of cows born to dams exposed to heat stress during pregnancy and those born to dams that were provided active cooling during heat stress periods.

The authors found that, as expected, daughters and granddaughters of heat-stressed cows showed negative effects in rates of survival from birth to first calving, length of productive lifespan, and milk performance, including milk yields and nutrient contents through the first three lactations. The team calculated that these impairments translate to considerable annual costs to dairy producers in the United States, with nationwide losses, based on the US average milk price from 2010 to 2015, of up to $595 million annually.

Laporta notes that lactating cows tend to be the focus of heat reduction strategies, possibly because the effects of overheating are more immediately evident among them than among nonlactating pregnant cows, for which the damage may become apparent only later, when they resume milking. But considering the hidden costs that carry over to future generations of cows and the likelihood of increased heat stress due to ongoing climate change, Laporta and colleagues consider cooling techniques for dry cows–such as the use of fans and sprinkler systems–crucial to the continued success of the US dairy industry.