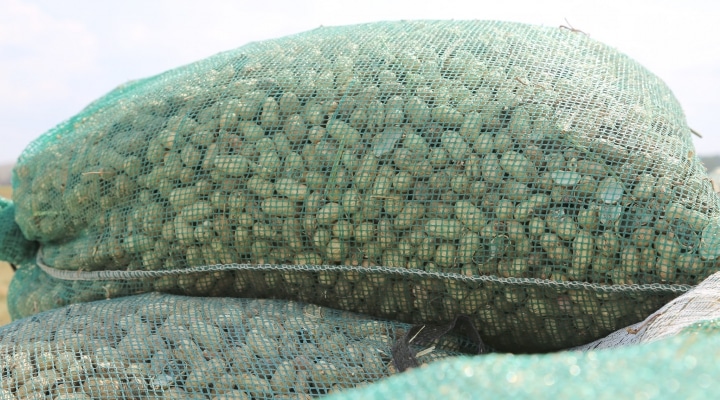 With temperatures in southern Georgia expected to be near 100 degrees for several days, risks to peanut crop losses can be more severe, according to UGA Extension peanut agronomists. (photo by UGA CAES/Extension, creative commons/flickr.com)

MACON, Ga. — With temperatures in southern Georgia expected to be near 100 degrees for several days, risks to peanut crop losses can be more severe, according to UGA Extension peanut agronomists.

Both fungal pathogens (Aspergillus niger and Sclerotium rolfsii) thrive in warm environments.  Hot soils (temperatures well above 100 degrees) will scorch the young seedlings just below soil surface, creating wounds that can be exploited by the A. niger pathogen, increasing risk to Aspergillus crown rot.  This has also been shown to be a factor with Diplodia collar rot which can also be an issue on peanuts both early and later in the season in Georgia. Diplodia is often seedborne, and the good growing conditions for last year’s seed should help minimize that problem for this year’s crop.  Lesser corn stalk borers are often more problematic in hot and dry soils and increase the risk to Aspergillus crown rot.

Who is at most risk to Aspergillus crown rot?

• Use high quality seed.  Saved- seed may be at increased risk to Aspergillus crown rot;

• When available, use irrigation to reduce threat from Aspergillus crown rot.  Growers sometimes fear that irrigation will spread the disease, but in reality there is little if any “in field” spread.  Irrigation to reduce stress on the plant and help them develop as quickly as possible is a positive step toward control. It also helps reduce damage from lesser corn stalk borers.

Who is most at risk to early-season outbreaks of white mold?

Hot soil temperatures early in the growing season put the peanut crop at risk to white mold even before a foliar canopy has developed. Early season white mold can be identified by white, thread-like fungal growths along the developing taproot of the peanut plant and subsequent wilt and death.  Early-season threat from white mold may also be more problematic in conservation tillage than in conventional tillage as the sclerotia that initiate infection are more likely to be in the upper few inches of the soil surface. Growers who plant peanuts on short rotations (every year or every other year) are at risk to early-season outbreaks.

To manage white mold, Kemerait and Brenneman offered these suggestions:

• Apply Proline fungicide in a concentrated band ( 6 inches for single rows and 10 inches for twin rows) 3-5 weeks after emergence.

• Use of Proline as an in-furrow application at planting may have some benefit, though limited, in the management of early-season white mold.