Home » Hearing examines the effects of concentration in the U.S. food supply 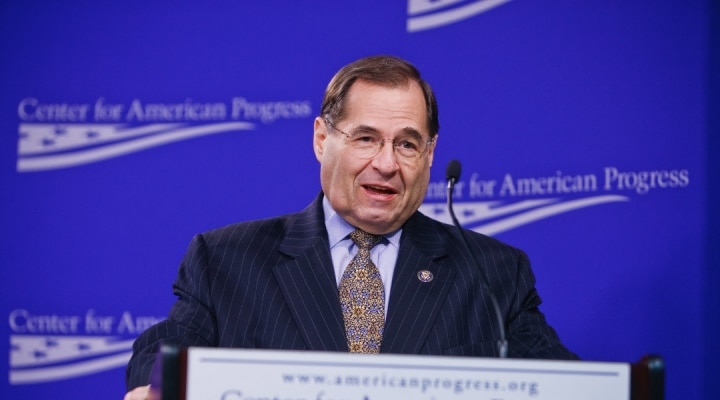 “Our attention to this topic is timely—as you noted, this weekend’s winter storms impacted food supply up and down the Eastern Seaboard. The ongoing effects of climate change will cause more and more weather disturbances like this, from coast to coast. And as the unprecedented global disruptions caused by the COVID-19 pandemic continue, everyone is feeling the pinch of higher costs and higher prices—everyone except for one group: the giant corporations that control huge swaths of our food supply.

“Because of unchecked consolidation, a few large corporations own every link in the food supply chain. The beef, poultry, and pork processing markets are each dominated by four huge corporations. The grocery retail market similarly is concentrated in the hands of just a few companies.  This major concentration of power has had significant negative consequences for consumers and the workers in these industries.

“This consolidation occurred over the course of decades and the statistics are startling.  According to recent reporting, the market share of the four leading firms in beef processing rose from 25 percent in 1977 to over 80 percent today. And in grocery retail, the share of the 20 largest food retailers increased over 85 percent from 1990 to 2019. The top four grocery giants now control almost 70 percent of the market.

“The real-world impact behind these numbers is stark.  Quite simply, corporate concentration in food markets is bad for Americans.  Consumers are paying higher prices and workers in these industries have lost their ability to demand a living wage.

“Anyone who has gone to the grocery store recently has seen the price of food go up, with the price of meat, poultry, and eggs rising at a clip that far surpasses the rest. Why? Because those are the product markets with the fewest competitors; those are the ones dominated by just a few corporate giants.

“Decades of consolidation and wage stagnation has also given employers in highly concentrated markets the economic power to lower or even to fix wages in concert with other employers.  Consequently, many of our essential workers who work in the food supply industry are not making enough to cover their necessary expenses, like food and housing.

“The results of this monopoly problem are striking. Three out of four poultry farmers live below the poverty line. A leaked 2018 internal document from the retail grocery chain Kroger showed that Kroger executives knew that hundreds of thousands of their employees lived in poverty due to the company’s low wages.

“Furthermore, an investigation by the Select Subcommittee on the Coronavirus Crisis revealed that in the wake of the pandemic, ‘meatpacking companies prioritized profits and production over worker safety, continuing to employ practices that led to crowded facilities in which the virus spread easily.’

“Consolidation also takes an economic toll on independent businesses. Often, they are squeezed by powerful corporations that dominate the food system and control prices and output. A prime example of this is one of our witnesses today, Trina McClendon, who owns an independent poultry farm in Mississippi, and I look forward to hearing her testimony.

“As Chairman Cicilline already explained, concentration in our food system is responsible for much of the supply-chain fragility that we are currently experiencing. But that is not all. Not only have giant corporations helped cause supply-chain problems; but they are also benefitting from them.

“Throughout the pandemic, dominant businesses have exercised their power to earn record profits while most Americans have seen their paychecks buying less and less. This is nothing short of pandemic profiteering, at the expense of everyone else.

“Accordingly, this hearing is part of a larger effort not only to diagnose the problems facing our food system, but also to come up with meaningful solutions. To that end, I applaud the Biden-Harris Administration for taking critical actions to remedy America’s consolidation problem.

“With that in mind, I look forward to hearing what our distinguished panel of witnesses have to say on this critically important topic, I thank the Chairman for holding today’s hearing, and I yield back the balance of my time.”

Fighting weeds in a changing world