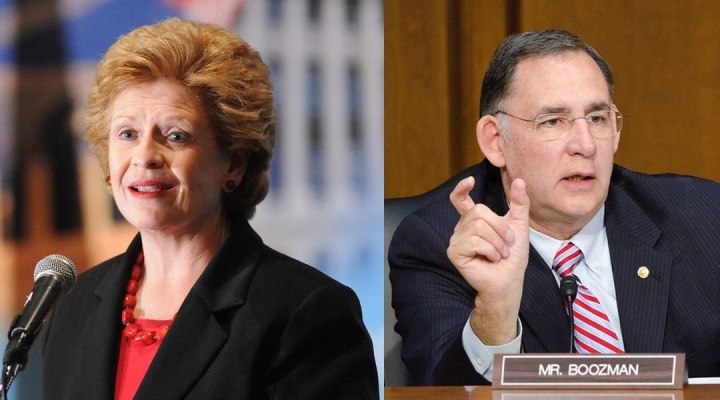 I call this hearing of the U.S. Senate Committee on Agriculture, Nutrition, and Forestry to order. I first want to thank the members of the Committee on both sides of the aisle who have requested that we have this important hearing. We are going to focus specifically on our cattle markets today. Many of us have heard from producers concerned with a lack of transparency and competition.

These farmers and ranchers also raise concerns with concentration in the packing industry, potential market manipulation, lack of access to small- and mid-size plants, and a range of other issues.

This is an important conversation as the Committee considers reauthorization of the Livestock Mandatory Reporting Act, and as we oversee implementation of $4 billion in funding to strengthen the food supply chain that I fought to include in the American Rescue Plan. USDA announced a broad outline for using these funds earlier this month, which will include supporting new and expanded regional processing capacity.

Still, we have work to do. Several of our Committee members have introduced proposals to address these issues of transparency, competition and processing capacity. I look forward to discussing those proposals further. Above all, we need to talk about how to make our food system more resilient. The pandemic made clear how important that is. Early last year, shifts in demand forced producers to plow under crops and dump milk. At the same time, consumers panicked at empty store shelves, and food banks faced lines of waiting cars a mile long.

Compounding this disaster was the failure of many meat processors to adequately protect their workers from COVID-19, resulting in tens of thousands of cases and hundreds of deaths. These outbreaks caused plants to shutter and forced many producers to euthanize animals they couldn’t get to market. The price livestock producers received plummeted, while consumer prices surged. In an effort to stabilize the market, Congress stepped in to provide assistance for workers and producers.

Cattle producers in particular received $6.45 billion to offset losses. And just last week, Secretary Vilsack announced resources to keep employees safe with Pandemic Response and Safety Grants. However, these only help mitigate some of the effects. Many of the vulnerabilities exposed by the pandemic still exist. We were reminded of that in May when a ransomware attack froze all of Brazilian-owned JBS’s North American processing. One attack on one company halted one fifth of U.S. meat processing capacity. And the issue was only resolved, according to reports, after JBS paid $11 million in ransom. Concentration and consolidation clearly play a large role in many issues affecting the industry.

For example, USDA’s Packers and Stockyards Division data show that four companies account for 85% of fed cattle slaughter. With fewer companies – and more foreign-owned companies –controlling more of the marketplace, there is a widening gap between those giant players and the small- and medium-sized processors that many local farmers and ranchers count on.

What happens when farmers and ranchers have fewer options? What are the immediate effects? And what are the unintended consequences? Those are the questions I hope we can begin to answer today. With that I’ll turn to Ranking Member Boozman for any opening remarks he’d like to make.

Thank you Chairwoman Stabenow for setting the stage for this afternoon’s hearing.

The topic we are here to learn more about is very important to a number of senators both on and off this committee.

The U.S. cattle industry has a storied history. It is the backbone of many rural economies and represents the largest segment of agriculture in many parts of the country.

Many success stories are associated with this industry as it has carved out its place as the world’s most sustainable producer of high quality beef.

This improvement in quality is due to producers making investments in their herds—in genetics, management and feeding practices— to produce higher quality and more diverse products for the global consumer base.

These investments are being made across every segment of this complex and inter-connected industry—from the cow-calf producer, to the backgrounder, packer, and further processor—to provide the wholesaler, retailer, exporter and ultimately the consumer a growing variety of nutritious beef products.

While this industry is diverse and modernizing in numerous ways, the nature of the beef cycle dictates that the industry is slow to adapt to even the most immediate changes.

The ribeye I’m having for dinner tonight was derived from a steer that was conceived over two and a half years ago. While changes can be made in the cattle industry overnight, the effects of those changes may not be realized for years.

And when any one segment of this industry experiences an unexpected event—like the fire that occurred at the beef plant in Holcomb, Kansas in 2019—it ripples throughout the supply chain.

When every segment of the cattle industry experienced the effects of the COVID-19 pandemic—that ripple effect was amplified in a manner that has been unmatched throughout modern history.

Though we are moving beyond the havoc wreaked by COVID-19, new challenges are now confronting this industry—a worsening drought in the west that is creeping into the Plains, increasing input costs, severe labor shortages that are limiting utilization of packing capacity, supply chain challenges at our ports that have been worsening for months, and the threat of regulatory overreach.

The past two years have been some of the most difficult this sector has ever experienced. Mounting frustration is resulting in calls for widespread reform of the cattle industry due to these difficulties.

We must carefully consider reforms in response to the exceptional black-swan events that have occurred since 2019, and the consequences, both intended and unintended, of such actions.

An increasing number of producers are marketing their cattle through alternative agreements to manage risk and buffer themselves from market volatility, while also capturing gains for the value-added investment made to their herd.

Yet we are hearing questions about whether current market conditions allow for adequate price discovery for fed cattle, and the effect that a thinning cash market could be having throughout the supply chain.

I’m interested in hearing perspectives from our stakeholders on these topics, and for the committee to gain a better understanding of the impacts of proposed reforms on beef producers, processors, marketers, and consumers.

I thank all of our witnesses for their participation in this important hearing and helping this Committee learn about this multifaceted industry and the unique challenges it faces.

Madam Chairwoman, I have received several letters and written testimonies from cattle producers and stakeholder groups who are interested in today’s hearing. I request unanimous consent to include these documents in the record.

Thank you Madam Chairwoman and thank you for convening today’s hearing. I yield back the remainder of my time.