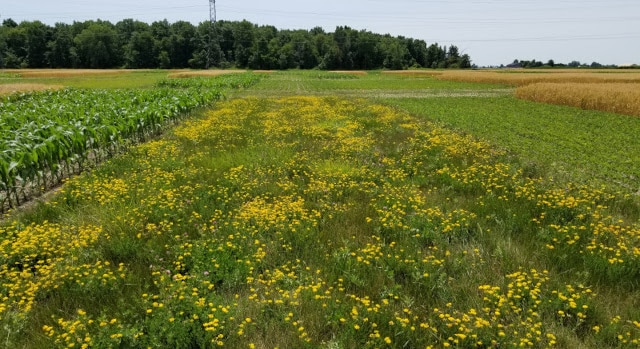 WASHINGTON — Soils, like people, can be healthy or unhealthy. We’ve recently learned how important the microbes inside our bodies are to human health. Likewise, soil health depends on a complex group of microbes. These bacteria and fungi recycle nutrients and prepare the soils to better support plants.

But understanding what leads to healthy soils remains a challenge. Even defining “healthy” soils, and then measuring that health, hasn’t quite been settled by science. But new research is uncovering the secrets of healthy soil in greater detail. This information can help farmers and, in turn, consumers.

“Understanding the management practices that lead to healthier soils will allow farmers to grow the same crops while reducing costly chemical inputs (fertilizers, pesticides, herbicides) and protecting the environment,” says Lori Phillips, a scientist with Agriculture and Agri-Food Canada.

Phillips and her colleagues recently studied the soil health in a long-term study of different farming practices. They discovered what kinds of plant growth supported healthy soils. And they tested a new system for measuring soil health, which could help other scientists study the same issue in the future.

Their research was published in Agrosystems, Geosciences & Environment Journal, a publication of the Crop Science Society of America and American Society of Agronomy.

The field experiment started in 2001. Located in Ontario, the study is designed to study the long-term effects of different crop-growth systems. They compared pasture systems with those planted with typical corn and soybean crops. Phillips and her colleagues asked how 18 years of continuous growth of corn, soybeans or perennial grasses affected soil health.

To find the answer, they had to first decide how to measure soil health. In years past, this mostly meant how much organic matter is in soil. But organic matter changes slowly. Microbes change fast.

“These microbial communities could be considered to be a ‘canary in a coal mine’ for soil health,” says Phillips. Measuring them quickly yet accurately is important.

So, the scientists turned to a test called “CNPS.” CNPS measures enzymes involved in carbon, nitrogen, phosphorous and sulfur nutrient cycles in the soil. It produces a holistic measure of biological activity. They also looked at the variety of fungi and bacteria in the soil and the ratio between these groups of microbes.

The perennial grasses had the healthiest soils. They had lots of biological activity and diverse microbes. They also hosted lots of fungi. The fields growing both a perennial grass and a legume called birdsfoot trefoil were especially healthy. Fields constantly growing soybeans, another legume, came in last place. Corn fields were between the two.

Legumes like birdsfoot trefoil and soybeans can produce their own nitrogen, a useful trait in agriculture. But that doesn’t always lead to stronger soils, especially for soybeans, says Phillips.

“Many people assume that because soybean is a legume and legumes provide their own nitrogen through nitrogen fixation, that soybean must be healthy for the soils,” she says. But most of the nitrogen gets taken away in the soybeans, and what’s left behind is less useful. “So, it’s the cumulative effect of smaller roots, less residue returned, and the residue that is returned gets broken down too quickly to be stable.”

Having tested the CNPS measuring system, the scientists learned that it’s a useful new tool for capturing soil health. And by uncovering what kinds of farm practices produce healthier soils, Phillips’ team can help farmers understand how to protect this vital resource.

Financial support for the field research in this project was provided by the Agro-Ecosystem Resilience Program (Agriculture and Agri-Food Canada). Sequencing was supported by the Government of Canada GRDI Ecobiomics project (J-001263).