Subscribe
Home / Indiana / Have your hay, and eat it, too 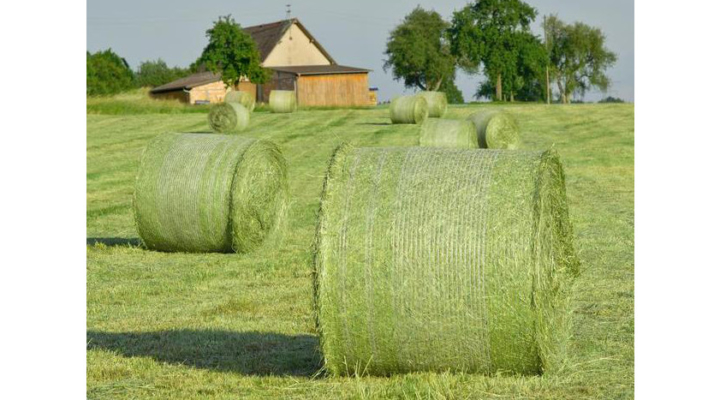 Finding hay that is both affordable and sufficiently nutritious has been one roadblock this year for farmers. (OSU CFAES)

COLUMBUS, Ohio—Farmers across Ohio are feeling the brunt of last spring’s unprecedented rainfall. Finding hay that is both affordable and sufficiently nutritious has been one roadblock this year for farmers.

And something even more alarming than rising hay prices could be looming over Ohio farmers: A nutritional deficiency could be sneaking into their herd during this record-breaking year in agriculture.

The enormous amount of rainfall last spring left many farmers unable to get into their fields to harvest hay before it became too mature. The longer the hay matured in the field, the lower its nutritional value got, Wiseman explained.

There are other nutritional alternatives to replace hay in your herd’s diet. A farmer could use corn as a protein source, for example, if protein is what the hay is lacking. Wiseman advises farmers and ranchers to get their hay nutritionally tested as a first step toward making sure their herds are getting the nutrition they need.

After testing the hay, a nutritionist can tell you the nutrients your herd could be lacking, and can help you set up a strategic feeding plan. This plan could include supplementing with other feeds to provide the vitamins or nutrients your hay doesn’t have enough of.

“There are plenty of other alternative feeds that we can give that provide nutrients,” Wiseman said. “The most important part is knowing what you have in your hay now and knowing what you need to make up that nutritional difference.”

In addition to excess rainfall, farmers should watch out for cooler temperatures—particularly frosts that are occurring now. Frosts can poison certain grasses livestock feed on, said Mark Sulc, an OSU Extension forage specialist.