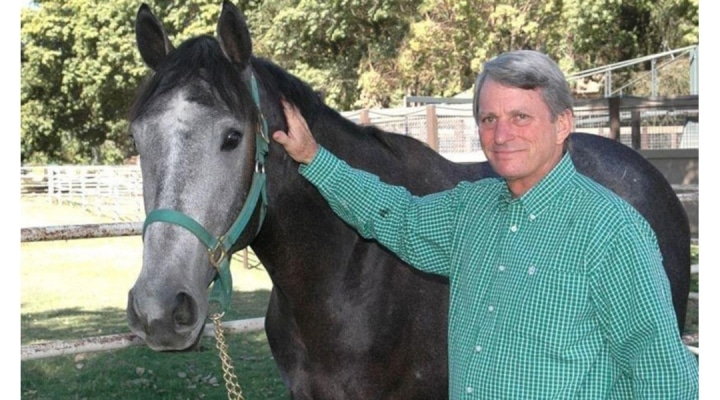 FRESNO, Calif. — Leading Central Valley agriculturist Dr. John C. Harris will be the 2022 honoree at the Ag One Community Salute on Friday, Feb. 25 at the Fresno Convention Center Exhibit Hall.

Proceeds from the event will help support deserving students and programs in the Jordan College of Agricultural Sciences and Technology at Fresno State. Tickets are $125 per person, and sponsorship opportunities are available. Dinner starts at 7 p.m. and includes a social that starts at 6 p.m. and a dessert social after the event.

Harris and his family are longtime leaders in California agriculture. Their well-known Harris Ranch began on 320 acres of desert land on the western edge of the Central Valley in 1937.

Harris’ vision and determination have grown the operation into one of the largest and most diversified and integrated agribusinesses in the Western United States. Those efforts were also recognized on campus in 2019 when he received an honorary doctorate at the University’s commencement.

“Our University is truly honored to recognize Mr. Harris, and the Harris name is synonymous with the first-rate vision, innovation and excellence that distinguishes Central Valley agriculture,” said Fresno State President Saúl Jiménez-Sandoval. “Our community supporters join us in thanking him for his tireless dedication to our region.”

Harris has been an equally influential member in the horse racing, breeding and foaling industry through the success of the Harris Farms Horse Division and several California-bred champions. Some of the names connected to the operation include California Chrome, winner of the 2014 Kentucky Derby and Preakness Stakes, and Tiznow, the only two-time winner of the Breeders’ Cup Classic.

Harris started developing his horseman skills at age 7 when he learned to ride with his paternal grandfather who lived next to the Fresno Fairgrounds. The two would sit in the grandstands and watch the horses on the racetrack, and a passion was ignited.

Harris now supports the fairgrounds and its museum philanthropically, as well as a host of other Central Valley organizations that include the Boys and Girls Clubs of America, Boy Scouts of America, Community Medical Centers, Jack A. Harris Memorial Scholarship Foundation, Pacific Legal Foundation, UC Davis, an animal shelter being built in Huron, and additional efforts tied to community water supply reliability.

Beginning in 1987, Ag One created its Community Salute to honor individuals and their families for their devoted service to California agriculture, food industries and community.

This year’s 19th edition is sponsored by the Richard Spencer Family and Campos Brothers Farms. Community Health Systems will serve as the event social sponsor.

“John has a vision to support the many good things in the Valley and beyond, oftentimes doing it quietly,” said Richard Spencer. “He leads by example and encourages all of us to pay attention to our communities. I’m pleased to be able to help Ag One recognize him.”

The Ag One Foundation, which started in 1979, encompasses over 140 named funds, and has awarded over $7.6 million in scholarships and program support to about 4,800 students.

For more information about the event, contact 559.278.4266 or email agone@csufresno.edu.