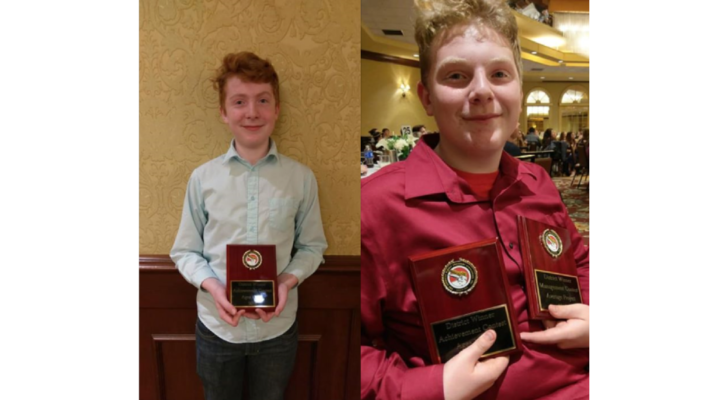 SYRACUSE, N.Y. — Christopher and Casey Roman 4-H rabbit projects has lead them on quite an adventure in 2018. The year kicked off in April with the Lop Rabbit Club of America ( LRCA) holding their National Show at the NY State Fairgrounds in Syracuse. In addition to showing their individual animals the boys decided to compete for the Royalty Court. This required them to write essays, do interviews, take a handwritten test and actually judge animals to demonstrate their knowledge in judging rabbit classes. Christopher earned the winning distinction of King and Casey ended up winning Duke. This is a huge honor, as this was the inaugural year for the LRCA to offer these titles.

In May, the president of the American Rabbit Breeders Association (ARBA) called to congratulate Christopher on being nominated by the open breeders of NY State and earning the title of District 7 Youth Representative for The American Rabbit Breeders Association. As the representative, he is the contact point for all youth in this district. It is his responsibility to make sure the ARBA is aware of any concerns or suggestions the District 7 youth might have.

Their year was topped off by being able to attend the American Rabbit Breeders Association Convention in Springfield Massachusetts in October. The boys wrote essays about their accomplishments and the management of their Rabbitry. Christopher won Senior District 7 Achievement and District 7 Average (size) Rabbitry Management. Casey won District 7 Intermediate Achievement. They also competed in teams and individually in breed ID contests and judging. When showing their animals, the boys competed with youth from all over the United States. Casey was proud to win 2nd place in the Intermediate Broken French Lop class. Christopher won the Junior Broken English Lop Class. The buck then went on to win Best Broken Buck and finally onto Best Opposite Sex. (Which means a doe won Best of Breed and then they pick the best buck ).

4-H is one of the largest volunteer based youth serving organizations in the country. If you would like to learn more about 4-H in Oneida County please call 315-736-3394.