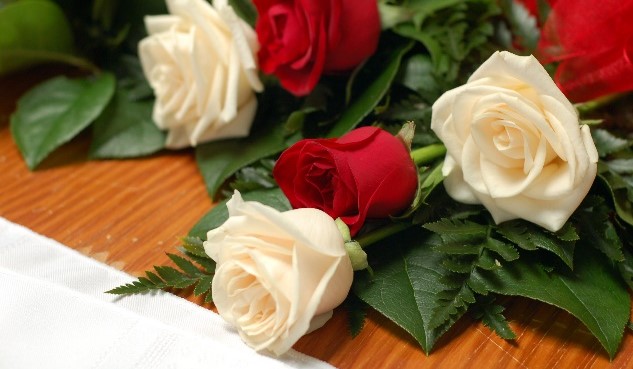 While roses may be the most popular flower of choice to give at Valentine’s Day, don’t overlook some alternatives. Tulips, lilies, carnations or anemone are among the numerous other options, and may represent less costly but just as meaningful choices for your favorite person. (Courtesy Photo)

BELMONT, N.Y. — As Valentine’s Day approaches florists and retailers of stationary and confectionary goods are busily stocking up. According to the National Retail Federation, the average American spent $ 147 on candy, cards and flowers in 2016, for a total cost of almost 20 billion dollars. In the U.S, alone, about 200 million cards are sent to friends, family, and sweethearts annually to celebrate this day.

The most popular flower to give or send on Valentine’s Day is the rose. However, sending the right color and number of roses is anything but a simple decision. While most Americans give a dozen roses, in some parts of the world the number given can represent an unspoken coded message. In Russia, Romania and Germany, for example, giving an even number of roses is considered bad luck. Odd numbers are given at weddings or to convey love, while even numbers are reserved for funerals or to indicate that the recipient is in disfavor. In some cultures, two roses represent mutual love, three roses may be given to celebrate a one-month anniversary, and six flowers mean infatuation.

If that’s not enough, colors also can be used to send different messages. Red roses may mean respect, love, and passion; lavender color indicates enchantment or love-at-first-sight; light pink conveys admiration; white is typically given at weddings or to represent purity. Yellow symbolizes joy or power but, in some places, it also stands for jealousy.

The origin and customs of Valentine’s Day are somewhat controversial. In Roman mythology, red roses were preferred by Venus, the Goddess of love and beauty but roses did not become associated with Valentine’s Day until the early 18th century. Prior to that, people preferred to give violets as a token of affection. As for the date, February 14, there are conflicting stories. In the Roman Empire, on this date was the Feast of Lupercalia, a day to honor Juno, the Queen of Roman Gods and Goddesses. Legend has it that the Christian priest, Valentine, was executed on this day by order of Emperor Claudius II for secretly performing marriages for Roman soldiers. Valentine was canonized as a saint in the 4th century, and the Feast of Saint Valentine has been observed in Christianity since the 5th century AD. Catholics, Lutherans and Anglicans observe this day in February, while the Byzantine Orthodox Church devotes July 6 to his memory. Romantic love and St. Valentine’s Day were not associated with each other until the 14th century.

Most people today don’t know where the roses they buy come from. According to one survey, 74 percent of consumers do not know the origins of the flowers they buy. More than 80 percent of roses come from imported sources, including Columbia, Ecuador, Kenya and South Africa. There are few North American rose growers left, mostly due to the low cost of imports and the expense of producing flowers in the northern hemisphere during winter. Most of the remaining North American rose growers are in California, with an occasional greenhouse operation in other parts of the country. Yet, 6 of 10 consumers would prefer to buy American flowers, if they were available.

Wholesale flower brokers prefer roses to other flowers because most varieties of roses can withstand the rigors of long-distance shipping and stay fresh-looking for more than a week under moderate refrigeration. The care of cut roses is simple. Prior to putting them in a vase, the bottom of the stems should be cut about an inch or so (with the stem preferably held under water), and the lower leaves should be removed. Many bouquets come with a packet of “flower food,” a misnomer as cut flowers do not need nutrients. One can prolong the life of the flowers by using a home-made preservative of a tablespoon of sugar and a few drops of bleach OR lemon juice added to a quart of water. The latter ingredients retard the growth of bacteria, but the solution still should be changed every couple of days. Some people claim that lemon-lime soda pop, instead of water, will keep roses fresh longer. Of course, the soda contains both the sugar and the acidity of the home-made solution listed above. The flowers should be kept out of direct sun and away from heaters or fans.

While roses may be the most popular flower of choice to give at Valentine’s Day, don’t overlook some alternatives. Tulips, lilies, carnations or anemone are among the numerous other options, and may represent less costly but just as meaningful choices for your favorite person.

Your Cornell Cooperative Extension Master Gardener Volunteers in Allegany County are ready to answer any your gardening questions – see our webpage at: http://allegany.cce.cornell.edu/gardening, Email us at alleganymg@cornell.edu, or call (585) 268-7644 Ext. 23 and leave a detailed message with contact information.