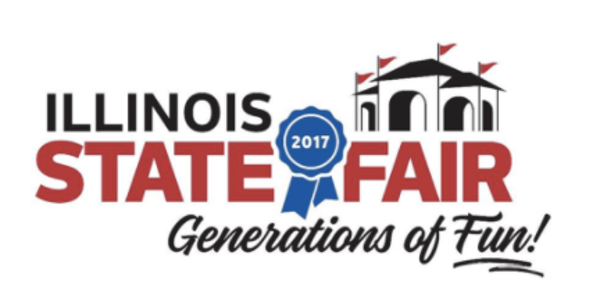 This year, the Hall of Champions features some very young exhibitors who have already reached crowning achievements at the Illinois State Fair.

SPRINGFIELD, Ill. — This year, the Hall of Champions features some very young exhibitors who have already reached crowning achievements at the Illinois State Fair. Two of those exhibitors are Kadie Hummel and Kashen Ellerbrock, both of whom are 10-years-old.

Ellerbrock won Grand Champion Wether Lamb. His lamb sold for $8,000 to North American Midway Entertainment at the Governor’s Sale of Champions. Kashen is a fifth-grade student in the Geneseo school district and also a member of the Atkinson Boosters 4-H Club.

The Ellerbrock Family raises Club Lambs for a living and Kashen stated he has learned a great deal from his parents. He says time and dedication are needed to work with the Wethers each day so that his livestock exhibits are the best in the show ring. Kashen has been showing for five years and started off as a young exhibitor of show pigs. When asked about what he thought about winning he said, “Excited! I don’t even know how to explain it.” Ellerbrock’s future plans are to study agriculture in college.

Hummel won Reserve Grand Champion Meat Goat Wether & Reserve Grand Champion Land of Lincoln Meat Goat Wether. Her animal sold for $2,750. She says she became interested in showing livestock when she was 3-years-old. The magic moment occurred when she saw her brother and sister showing in the arena and thought the experience looked fun. She plans to continue showing for as long as possible.

Both exhibitors showcase how agriculture is a family affair. It requires ample dedication and hard work from the exhibitor and their families. 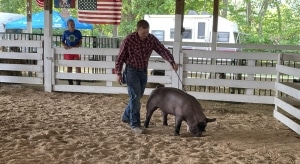