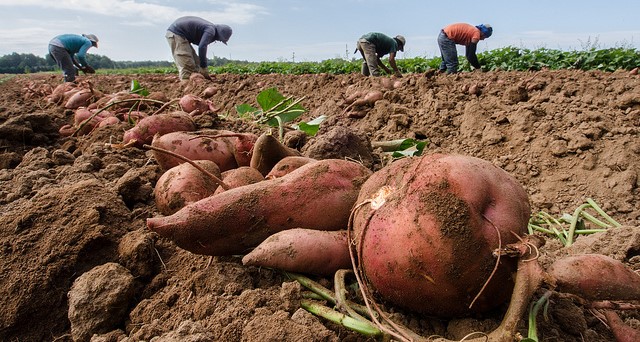 The Department of Homeland Security announced Thursday that people from Haiti, Belize and Samoa are no longer eligible to apply for H-2A and H-2B visas for seasonal and farmworker jobs. The department said the nations had a high rate of fraud, abuse and people overstaying their visa's time limits. (U.S. Department of Agriculture, Flickr/Creative Commons)

BOSTON (AP) — The Latest on Haitians in the U.S. who face employment and travel hurdles because of government delays in the process of renewing immigration documents under a program that ends next year (all times local):

Immigrant rights group are upset over a decision by The Trump administration to bar people from Haiti from applying for guest worker visas.

The Department of Homeland Security announced Thursday that people from Haiti, Belize and Samoa are no longer eligible to apply for H-2A and H-2B visas for seasonal and farmworker jobs. The department said the nations had a high rate of fraud, abuse and people overstaying their visa’s time limits.

Marleine Bastien is director of the nonprofit advocacy group Haitian Women of Miami. She says work obtained with those visas helped support many families in the U.S. and in Haiti.

Between October 2015 and September 2016, 65 Haitians were allowed into the U.S. with seasonal farmworker visas. The number of Haitians who came into the country with nonagricultural visas was not disclosed by the government.

The U.S. Citizenship and Immigration Services has released details about the next steps for about 60,000 Haitians to renew immigration benefits under a program the Trump administration is ending next year.

Haitian activists are concerned the federal government’s notice was unusually delayed and only posted four days before their work authorization expires, causing problems with employment, travel and immigrants’ dealings with other agencies.

The administration’s guidelines acknowledge that “not all re-registrants” will receive the work authorization cards before their current ones expire. Immigration officials say they didn’t release details about the process sooner because they had to work out the work authorization language, among other things.

Haitian community leaders say thousands of Haitian immigrants living in the U.S. legally will face employment and travel hurdles because President Donald Trump’s administration has delayed the process of re-registering those with temporary protected status.

A spokeswoman for U.S. Citizenship and Immigration Services says the agency will release details Thursday about the next steps for the 60,000 Haitians with the special status.

But immigrants and advocates say the information comes too late to help the thousands of Haitians who hold immigration documents that show their legal and work status expiring Monday.

Geralde Gabeau is a Haitian American who heads the Boston-based nonprofit Immigrant Family Services Institute. Gabeau sees the bureaucratic slowdown as a reflection of the vulgar comments Trump made last week against immigrants from Haiti and Africa. 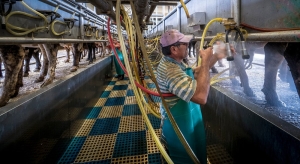 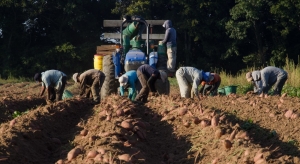 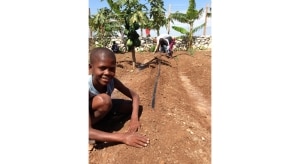 MANHATTAN, Kan. – Kansas State University’s Feed the Future Sustainable Intensification Innovation Lab has been awarded a five-year $12 million grant from United States Agency for International Development to establish a Center of Excellence that will enhance capacity of six universities to support agriculture-led growth in Haiti. Vara Prasad, director of the innovation lab (also […] 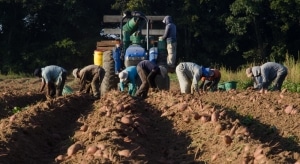 WASHINGTON (AP) — The House voted Thursday to unlatch a gateway to citizenship for young Dreamers, migrant farm workers and immigrants who’ve fled war or natural disasters, giving Democrats wins in the year’s first votes on an issue that once again faces an uphill climb to make progress in the Senate. On a near party-line […]

Break from frigid temps will have corn moving

Tax law gives break to farmers who sell to co-ops