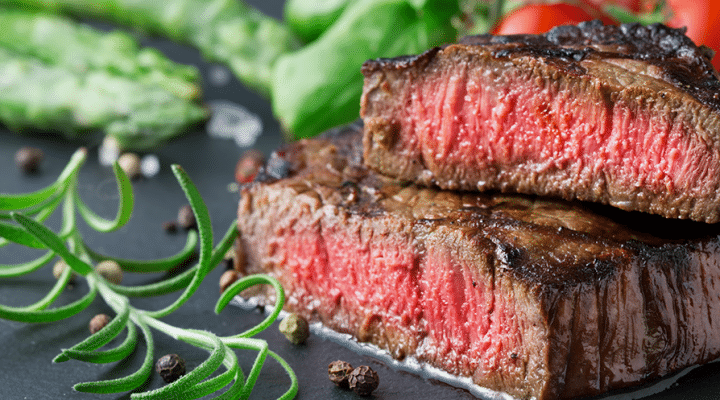 “Cattle and beef producers appreciate the evidence-based recommendations of the DGAC. We believe beef is a wholesome, nutritious food that plays an important role in a healthy diet and we are supportive of many of the committee’s findings,” said NCBA CEO Colin Woodall. (Courtesy Photo)

WASHINGTON — The National Cattlemen’s Beef Association (NCBA) today thanked the members of the 2020 Dietary Guidelines Advisory Committee (DGAC) for recognizing beef’s role in a healthy lifestyle, including the essential role of beef’s nutrients at every life stage. The DGAC released recommendations to the U.S. Department of Agriculture (USDA) and the U.S. Department of Health and Human Services (HHS) for the 2020 Dietary Guidelines for Americans (DGAs), the cornerstone of all federal nutrition policy.

The beef community has made it a priority to protect the scientific credibility of Dietary Guidelines and promote accurate information about the nutritional advantages of beef as part of a balanced diet. NCBA, in its roles as both a contractor to the Beef Checkoff and as a member-driven policy association, submitted 21 sets of written comments, provided oral comments, and attended public meetings to ensure beef’s role in a healthy diet is recognized.

“Cattle and beef producers appreciate the evidence-based recommendations of the DGAC. We believe beef is a wholesome, nutritious food that plays an important role in a healthy diet and we are supportive of many of the committee’s findings,” said NCBA CEO Colin Woodall. “NCBA and its members have made this work a priority for more than two years, and we’re pleased that the report reinforces the strong science which supports beef’s nutritional value in a healthy diet.”

Woodall noted that the recommendations shared in the report mirror many of the recommendations related to red meat which were included in the 2015-2020 DGAs. In fact, the amount of meat recommended for healthy diets in the current report is the same as the 2015 DGAs. He also pointed to current DGAC report findings that suggest many Americans would benefit from getting more nutrients like protein, iron and choline, which are readily available in beef.

“This report also demonstrates that women of child-bearing age, adolescent boys and girls and older Americans are especially vulnerable to not getting enough of the nutrients found in beef, which further demonstrates beef’s valuable role in the diet,” said Woodall.

While the DGAC report is influential in the development of the 2020 Dietary Guidelines for Americans, Secretaries Perdue and Azar are now tasked with reviewing the DGAC recommendations before finalizing the 2020 Guidelines. The public comment period for the report is open now until Aug. 13, 2020. NCBA will be calling on its producer members to provide comments and looks forward to continued engagement as the Secretaries of USDA and HHS work to finalize the guidelines.