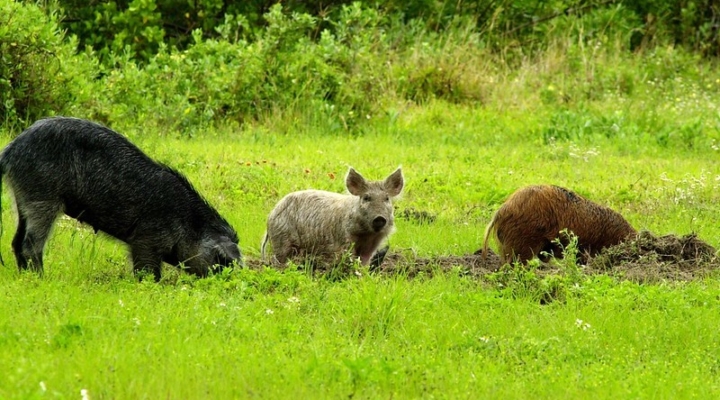 HAGATNA, Guam (AP) — The U.S. Department of Agriculture has captured hundreds of feral pigs, but some mayors say it is just a fraction of the population.

The department has removed about 450 feral pigs in the last year with 14 traps and has worked on new technology to make the capturing process easier, Pacific Daily News reports .

There is an increase in pigs destroying crops and scaring residents, the Mayors’ Council of Guam said.

Some mayors have trapped about six to 10 wild pigs weekly in their own villages, raising concerns about human health and safety, they said.

“As a farmer, I am declaring that the wild pig issue is a crisis to the farmers of Guam. We need to address it as a whole,” San Nicolas said at a council meeting on Wednesday.

Some have suggested applying for federal grants to address the issue and having mobile slaughterhouses that can go from one village to another, the council said.

“Feral swine are an invasive species, and vectors of many diseases that may negatively impact humans,” Flores said.

Guam has the highest incidence of leptospirosis per capita compared to the rest of the United States, “mainly due to feral swine,” Flores said.