Home / Kentucky / GROWMARK expanding distribution in Ky. through partnership
A new user experience is coming! We'll be asking you to login to your Morning Ag Clips account March 1st to access these new features.
We can't wait to share them with you! Read more here. 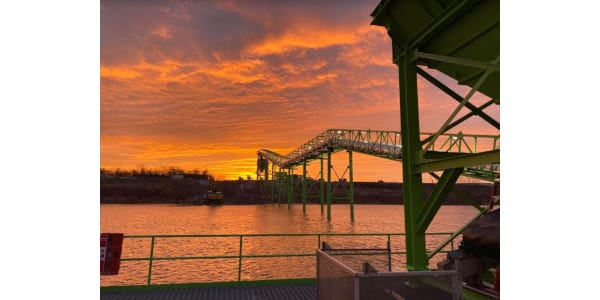 GROWMARK and Castlen Enterprises announced significant progress on a project that will bring a new large-scale warehouse distribution center in Owensboro, Ky. (Courtesy of GROWMARK)

BLOOMINGTON, Ill. (AgPR) — GROWMARK and Castlen Enterprises announced significant progress on a project that will bring a new large-scale warehouse distribution center in Owensboro, Ky. The new state of the art facility is currently under construction and scheduled to be operational in Fall 2021.

“This is just one example of GROWMARK’s continuing commitment to service the expanding needs of the Southern States Cooperative System, FS Member Companies, and other key retail customers in this agricultural region,” said GROWMARK Crop Nutrients Division Manager Kreg Ruhl.

“We are thrilled GROWMARK is coming to Castlen Terminal and look forward to continued growth,” added Castlen Enterprises Owner/President Matt Castlen. “It’s exciting to get to see the jobs built here in Owensboro, Kentucky, and the economic impact this distribution center is going to bring to the region.”

In addition to having the capability to store and blend various grades of fertilizer, the design of the operation will allow product to be unloaded from barges and loaded onto trucks at rates necessary to meet the needs of today’s customers.

— GROWMARK via AgPR — the news release distribution service for agriculture