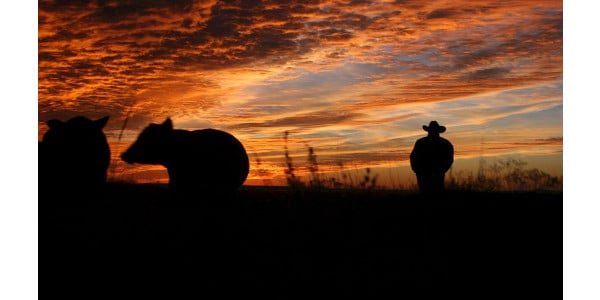 A 2016 Centers for Disease Control and Prevention study found those working in agricultural industries were 3.4 times more likely than other American workers to die by suicide. With operating costs skyrocketing, commodity prices dwindling and debts accumulating, tough times are mounting for farmers.(photo by Kansas Farm Bureau)

BEDFORD—The number of farmers affected by stress, anxiety and depression is growing as they face bankruptcy, selling out or leaving lifelong careers in agriculture.

A 2016 Centers for Disease Control and Prevention study found those working in agricultural industries were 3.4 times more likely than other American workers to die by suicide. With operating costs skyrocketing, commodity prices dwindling and debts accumulating, tough times are mounting for farmers.

“This is the longest period of struggle farmers have ever faced,” said Dr. Amy Johnson, a nurse practitioner with Centra Medical Group in Bedford and a Bedford County farmer. “There are natural disasters and financial stress, low commodity prices and uncertain trade situations. That’s why the mental health of farmers is so much worse now.”

Johnson has treated patients for stress and anxiety because of the financial state of their farms or because they’re unsure if they’ll be able to pass down their farm to the next generation. “The anxiety and stress are very real,” she added.

Bedford County farmer James Young and his wife, Christine, reduced the size of their business at Central VA Cattle Co. to cut back on expenses. Now focused on managing a small beef cattle herd and growing hay, Young says he is selling his cattle within a few cents of what his grandfather was in the ‘80s—falling short of covering the costs of modern farming.

He deals with his stress by ignoring it, he said, although he admitted to not sleeping well due to worry. Seeking help, Young added, is still stigmatized.

The Farmer Stress Task Force was created by the Virginia Department of Agriculture and Consumer Services in part to address the stigma. Working with Virginia Farm Bureau Federation producer members, Virginia Cooperative Extension and the Virginia Department of Behavioral Health, the goal of the task force is to provide farmers with mental health resources and services and create a network of individuals with whom farmers can discuss their struggles.

“Farmers are probably more comfortable talking with someone they trust who understands what they do, the ins and the outs of it,” said Dr. Jewel Bronaugh, Virginia commissioner of agriculture. “I think it would encourage farmers to feel safe to talk about it. Talking about it is one of the best ways someone else can help.”