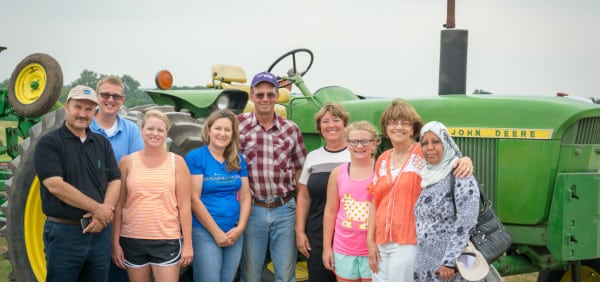 Farmers in the U.S. donate the use of a portion of their cropland or livestock and, after marketing the crop or animal, they donate that income to Growing Hope Globally. (Courtesy of Kansas Living)

MANHATTAN, Kan. — A lot of us come from small towns—where there’s maybe one stoplight (if even that), a lot of dogs and a good amount of good people. Our small towns in Kansas see community involvement with fairs, church activities and school support. Sometimes, the efforts made in small towns by small-town folks even go worldwide—and one program is helping reach across the globe in meaningful, necessary ways.

In 1999, Vernon and Carol Sloan, farmers in Ohio, saw an opportunity to put their abundance to use. 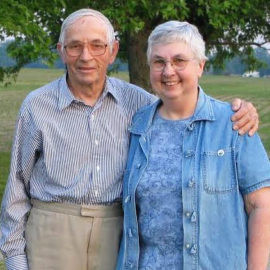 “Motivated by their faith, the Sloans said, ‘We have food, there are hungry people; let’s send it to them,’” Max Finberg, Growing Hope Globally president and CEO, says. “They shipped a load of corn from Toledo on the Great Lakes to Honduras, where they were struggling with food shortages after Hurricane Mitch.  The cost of shipping was significantly more than the value of the grain, and they quickly realized that they needed a better way of helping.”

“So often we respond to hunger only when things have reached a crisis point,” says Alex Morse, one of Growing Hope’s Regional Directors. “When we send food it is expensive, it often arrives too late, and it disrupts local markets when we give away food, undercutting local farmers who are trying to make an income.  When we provide training to vulnerable communities, we’re being proactive rather than waiting for the next big disaster before we decide to help.”

The Christian-based nonprofit organization’s mission is to link grassroots, rural communities in the United States with the needs, desires and capabilities of farmers in developing countries. Ultimately, they are developing solutions to hunger and food insecurity.

“It’s like teaching a man to fish instead of giving a person a fish,” Mike Guetterman, farmer in Miami County and a long-term Growing Hope Globally supporter, says. “We’ve been to Kenya with the program, and it’s eye-opening, but the people there are happy and appreciative. They teach us just as much as we teach them.”

From Seed to Story 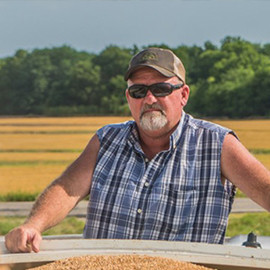 “We don’t live in an agricultural society anymore,” Finberg says. “You can’t just go to a farmer’s field and collect grain to make bread to feed your family like Ruth did in the Bible. Even if a farmer is willing, many of us don’t know how to grind wheat anymore. That’s when the idea of Growing Projects came up.”

Farmers in the U.S. donate the use of a portion of their cropland or livestock and, after marketing the crop or animal, they donate that income to Growing Hope Globally. In most cases, churches, agribusinesses or FFA chapters get involved to help with costs or labor. The group is then able to pick where their donation goes from one of Growing Hope Globally’s overseas programs, which range in location, training practices and cause.

“We’re not dealing with food products,” Finberg says. “Whatever a farmer is growing—whether it’s hogs, beef, dairy, corn or soybeans—when they take their product to market, they get a check for that. A Growing Project member sends us that check and picks the overseas project they want to support.”

The money goes to Growing Hope Globally, then it is passed on to an implementing partner in the form of a grant. Depending on the individual project’s structure, people in the community who understand the region’s agriculture will train the farmers on best farming practices.

“The local partners are phenomenal,” Morse says. Morse manages the Latin America programs and Growing Projects in Kansas, parts of Missouri and Iowa. “For example, there’s a program in Tanzania where the local dialect is Barbaig, a language with less than 50,000 speakers. I don’t know a lot of Americans who are fluent in that language, but the local ag technicians are. Local folks who have graduated from local ag programs are trained on techniques specifically developed for that area. Just like here, you wouldn’t want an agronomist from Arizona to come up to Iowa, because while they’re knowledgeable, they don’t know the local practices or crops. Bridging that gap of trust is accomplished a lot more quickly by funding ag leaders who understand the region and language.”

The 130 Growing Projects they have serve nearly 50 programs in 25 countries and many of those programs are dealing with the same issues farmers in the U.S. struggle with.

“I’m always thinking about the issues Kansas farmers are facing and how we make their challenges feel connected to the challenges farmers overseas are facing,” Morse says. “The huge challenge we’re all facing is climate change and the increasing challenges with moisture. Just like a lot of Kansas farmers, many international farmers don’t have irrigation set up, so managing this increasingly unpredictable weather is something farmers all over the world understand. Soil health is another major emphasis in South and Central America. Our partners are promoting cover crops, increasing crop residue in fields and planting nitrogen-fixing plants. We face challenges, they face the same challenges, but the way we respond to those challenges looks different based on our contexts.”

Bumps in the Road

Although there’s a connection for farmers with weather, water and other agronomic issues, political strife and gender inequality also play into problems for farmers overseas.

“You need an active community that wants to work on economic and community development,” Morse says. “You also need local partners with the capacity to provide training to families. And lastly, you need a local government that’s going to be responsive to local people. If the government doesn’t care that their citizens are hungry, it’s hard to make much progress.”

Morse gives an example of one community whose local government wasn’t responsive, so they moved their efforts one municipality over and Growing Hope Globally programs accomplished more in the first year in the new location than they did in the previous four years in the unresponsive community.

Another example of the effects of political issues is a community in Gaza that experienced a loss of rabbits due to 11 days of bombings.

“Eighteen of the 42 families in Gaza now had nothing because the bombings killed their rabbits,” Finberg says. “That’s a political situation that isn’t something we can fix, but it affects our work.”

Gender inequality can also be a challenge to overcome.

“Of course, it depends on the local context, but gender issues are very much a part of what we and our implementing partners are working to address when it leads to hunger,” Finberg says. “For instance, the program in Guatemala is focused on women farmers. Women are trained in greenhouse techniques, which then increases their standing in the family structure. As women in areas like India, Cambodia and Bangladesh earn income and provide for their families in different ways, their position within the family and community changes. They’ve gone from being subsistence farmers to agricultural entrepreneurs.”

While there are challenges, the impact of programs can be powerful and long-lasting. Growing Hope Globally recently shared the lasting impacts they’ve seen from programs in Honduras, Kenya and India.  Although the programs were officially completed years ago, the communities continue to build upon what they learned at that time, and they are still reaping the benefits of the Growing Hope Globally partnership.

“We stopped funding these projects a while ago when the communities were ready to continue on their own,” Finberg says. “They’re still going, making a difference based on what they learned from the training and tools we provided them.”

In a small Mexican village called Llano Alto, a farmer named Eucario said they only receive drinking water once a week, leaving little irrigation for crops.

“I give thanks to the program because they helped me change my mentality and encouraged me to experiment with new crops like herbs and ground nuts that need less water and have a better price at market,” Eucario says. “After eight months I was convinced and focused all of my efforts on growing crops to sell in town. We’re doing so well now that we are able to build a nice home for our family, with cement walls and floors and a good roof.” 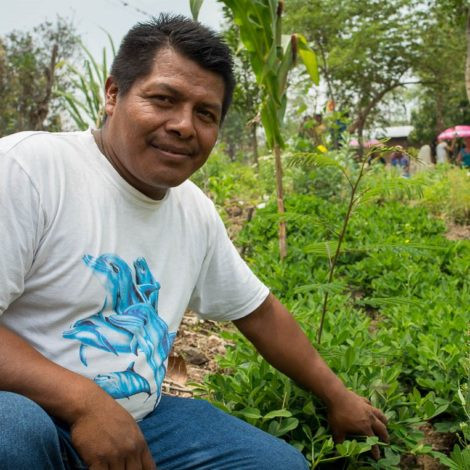 There’s a sense of ownership and dignity that comes with providing for ourselves and our family. With Growing Hope Globally, that feeling of pride is passed from the giver to the receiver.

“Farmers in the U.S. recognize how blessed they are,” Finberg says. “Even if they are struggling, they recognize and understand they have food on the table. They’re able to provide for their families and know not everyone is so fortunate. They appreciate what Growing Hope does because they understand it. It’s farmers helping farmers.”

The challenge for farmers is they sometimes don’t know how to connect to those who may be struggling or need help in terms of hunger.

“We’re a way to allow farmers to make that connection,” Morse says.

There are many ways people can help — from land investment to seed and fertilizer. It isn’t just farmers that can donate to Growing Hope Globally, the whole community can get involved with each person sharing the gifts that they have. 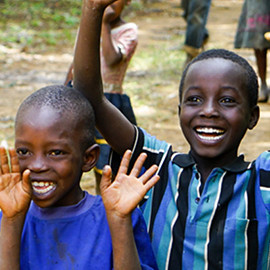 “A church can take up a collection or help with costs at the beginning of planting season to help cover inputs like fertilizer,” Finberg says. “Seed dealers will sometimes donate seed for the Growing Project. Landowners will sometimes offer land rent-free.”

In the Guetterman’s case, they farm near Kansas City, where farming isn’t necessarily at the top of a lot of minds.

“They’ve partnered with city churches, so it keeps some of those folks connected to agriculture where it’s really missing,” Morse says. “Having the opportunity to partner with a farmer on a Growing Project is a great educational piece as well.”

The Guettermans have been involved with Growing Hope Globally for more than 15 years and have seen the generosity of landlords who love the program.

“One of our landlords has donated 30 acres for 10 years,” Guetterman says.

With the COVID-19 pandemic, things have taken a turn for everyone. In Latin America, Morse says they’ve lost approximately 30 years of economic progress and there are 120 million more people who are hungry now than in 2020.

“The need for our programs has increased dramatically,” Morse says. “We have six new programs, and we’re still waiting to see where things go with COVID. We do know there’s a greater appreciation for how interconnected we all are. My hope is that with that recognition comes people who start doing more and make a greater impact on the broader world.”

Current Kansas Growing Projects are in Bucyrus, Atchison and Inman, but there’s the opportunity for more farmers to get involved.

Those small-town folks have some of the biggest hearts. If you want to help, the leaders of the organization invite you to attend one of the monthly “Get to Know Growing Hope Globally” Zoom meetings. Visit www.growinghopeglobally.org/event/get-to-know-growing-hope.

You don’t have to be a farmer or from a small town to be involved. There are opportunities for seed dealers, churches, FFA organizations and anyone with a passion for helping with food insecurity globally to help with the mission. Visit www.growinghopeglobally.org or e-mail Alex@GrowingHopeGlobally.org to learn how you can help worldwide efforts to end hunger.