Home / National / Growers frustrated EPA opted against best science in BEs
A new user experience is coming! We'll be asking you to login to your Morning Ag Clips account March 1st to access these new features.
We can't wait to share them with you! Read more here. 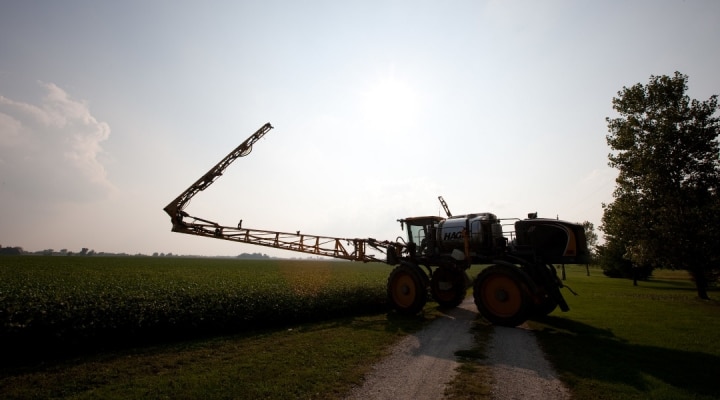 Grower groups are expressing frustration that EPA recently did not use "the best available science and data," as is required by law, in its endangered species biological evaluations (BE) for glyphosate, atrazine, and simazine released November 12. (Photo: United Soybean Board, Flickr/Creative Commons)

WASHINGTON — “The best available science and data.” It’s a phrase that carries heavy weight—or at least it should, as “the best available science and data” is the standard by which a regulatory agency is charged with conducting Endangered Species Act decisions. It is also the standard on which the fate of farmers across the country and their continued ability to use vital crop protection tools hinges.

Grower groups are expressing frustration that EPA recently did not use “the best available science and data,” as is required by law, in its endangered species biological evaluations (BE) for glyphosate, atrazine, and simazine released November 12. As a result, EPA’s final BEs for these chemistries vastly inflate the number of species and habitats found likely to be adversely affected.

The American Soybean Association and American Farm Bureau Federation have sought to provide the agency with better, real-world data sources, including in comments on the draft BEs—comments that EPA opted not to incorporate into the final BE. For example:

• The final BE for glyphosate also continues to assume soybean growers use 3.75 lbs./acre of glyphosate per application, whereas market research data and USDA survey data show the number is 1.00 lb./acre – nearly four times less than the BE assumes.

• The final BE for glyphosate also assumes growers reapply chemistry a mere seven days after an initial application. This extraordinarily unrealistic assumption for any producer increases model exposure risks for species.

Growers provided these and other real-world examples and data sources to EPA in public comments, which EPA chose not to incorporate into its final BE.

Kevin Scott, soybean farmer from South Dakota and president of the American Soybean Association, expressed frustration with EPA failing to use better data, saying, “The law is clear EPA must use the ‘best scientific and commercial data available’ for its endangered species assessments, but the agency has indicated it has no intent of doing so. What is more frustrating is that growers shared with EPA better and credible data, which it chose to ignore. These unrealistic findings will only fuel public distrust and risk grower access to glyphosate and other essential tools.”

American Farm Bureau Federation President Zippy Duvall said, “We are disappointed that the Environmental Protection Agency was presented with real-world evidence of limited pesticide use but failed to use the most accurate data in its biological evaluations. By overestimating the use of these crop protection tools, the EPA also overestimated the impact on species.

“Herbicides are vital tools in climate-smart farming because they enable farmers to use minimum tillage practices and fewer resources to raise their crops. EPA must take a well-rounded approach to its biological evaluations and use best available data when deciding on rules that will affect how farmers grow healthy crops,” Duvall commented.

By EPA making such unrealistic findings, the agency must now formally consult with Fish & Wildlife Service and the National Marine Fisheries Service on hundreds of additional species, which would have been unnecessary had EPA used the best available data. This extra burden will likely further strain resource-strapped agencies, expand regulatory timeframes, and result in additional product restrictions that may do nothing to protect species.