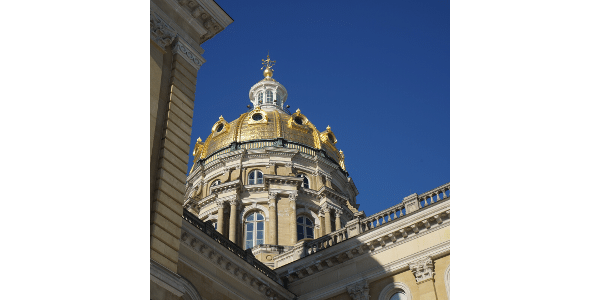 ANKNEY and JOHNSTON, Iowa — The Iowa Soybean Association (ISA) and Iowa Corn Growers Association (ICGA) commended the Iowa House of Representatives for the successful passage of House File 2128. The bill, as proposed by Gov. Kim Reynolds, would improve consumer access to biofuels and introduce new credits for higher blends of biodiesel.

The bill passed by a strong bipartisan vote of 81 to 10 during the Feb. 2 session.

“The passage of the Governor’s Biofuel Access Bill by the Iowa House means continued investment in reliable, low-carbon biodiesel production and access is even closer to becoming reality.

“To increase the demand for homegrown soy and keep Iowa’s 40,000 soybean farmers in a position to succeed, expanding access to biofuels is essential. Legislation should continue to support our soybean growers by ensuring biodiesel remains a viable fuel option – especially if Iowa is to remain the national leader in its creation. Biodiesel production supports 13% of the per bushel price of soybeans, which equated to approximately $1.78 per bushel in 2021. It also reduces feed costs for livestock producers by $25 to $40 per ton.

“We commend the leadership of Gov. Reynolds, Speaker Grassley and Rep. Hein in bringing this important legislation to the forefront of this session. A special thank you to ISA’s dedicated board of directors and advocate members for their continued support of this critical legislation.

“With the bill now moving on to the Senate for consideration, Iowa soybean farmers are encouraged to voice their support by contacting their state senator today. We look forward to working with policymakers across the Senate to continue improving consumer access to biofuels.”

Below is a statement made by ICGA President and farmer from Vinton Lance Lillibridge:

“ICGA applauds the Iowa House for taking this important first step in making Iowa the national leader on state-level E15 policy. We would like to say a special thank you to Governor Kim Reynolds, House Speaker Pat Grassley, House Minority Leader Jennifer Konfrst and House Ways and Means Chair Lee Hein for their strong leadership in championing biofuels and agriculture and moving this bipartisan legislation forward. We encourage the Iowa Senate to follow-suit by taking action on SSB 3084 as soon as possible to expand E15 access to all Iowans.”

IPPA selects board members for 2022

Climate-smart commodities initiative a plus