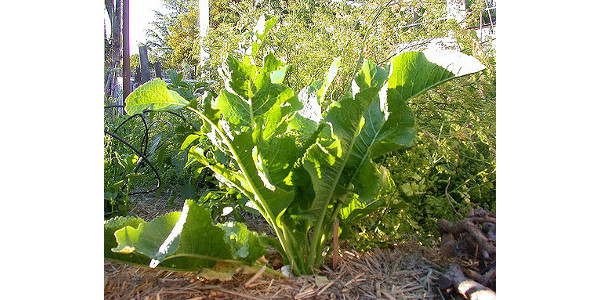 Despite its name, horseradish has nothing to do with horses and isn’t a radish. (graibeard via Flickr)

COLUMBIA, Mo. — Some say that eating something spicy makes a hot summer day seem cooler. “If there is truth in that philosophy, then reaching for the horseradish sauce might be a novel way to stay cool this summer,” said University of Missouri Extension horticulturist David Trinklein.

Horseradish is a perennial member of the mustard family. Although the leaves are edible, it’s primarily grown for its fleshy, pungent roots. Despite its name, horseradish has nothing to do with horses and isn’t a radish.

The German word for horseradish is “Meerrettich” (sea radish), since it grows by the sea and, like radish, it bears a large storage root. The English began calling it “mareradish.” In Latin, “mare” means sea, but in English it also refers to an adult female horse. “Over centuries of time words often gradually become corrupted and, in this case, ‘mare’ became ‘horse.’ Thus, its current common name was born,” said Trinklein.

Humans have cultivated horseradish for thousands of years. The ancient Greeks, who considered horseradish to be worth its weight in gold, used it as an ointment for back pain and an aphrodisiac.

By the late 17th century, English laborers used horseradish as a standard condiment, especially to accompany beef and oysters. From England, it was taken to North America during colonial times. Though horseradish is native to southeastern Europe and western Asia, the U.S. is the world’s top producer of horseradish today.

A little horseradish goes a long way and most families need only a few plants, Trinklein said. Horseradish is propagated in early spring from 8- to 9-inch root cuttings that contain a growing point, usually saved from the previous fall’s harvest.

To plant, form a trench 3-5 inches deep. Place cuttings 12-15 inches apart at a 45-degree angle. Face all in the same direction. Cover the bottom of the cuttings with soil to hold them in place.

Horseradish grows best in a deep, rich soil that is moist and fertilized. Fertilize by adding manure into the soil in the fall before planting the following spring. Add synthetic fertilizers in the spring if you want, but avoid those that are high in nitrogen. Once roots establish, irrigation usually is not necessary until later in the growing season when the storage roots begin to enlarge.

Most root growth occurs during late summer or early fall. Harvest by digging the roots in late October or early November after frost. Dig roots anytime during the winter as long as the soil is not frozen.

Freshly dug horseradish roots lack aroma. However, cutting or grating the roots triggers a chemical reaction that creates a compound called allyl isothiocyanate. This gives horseradish its heat, and it can irritate the eyes and sinuses.

After the sauce is the proper consistency, add about 2-3 teaspoons of white wine vinegar per cup of ground horseradish. The vinegar stabilizes the heat of the finished product. Add the vinegar promptly for a milder product. Wait several minutes for greater pungency. Sauce becomes bitter and discolored if you wait too long.

Put the mixture in tightly sealed jars and refrigerate or freeze.