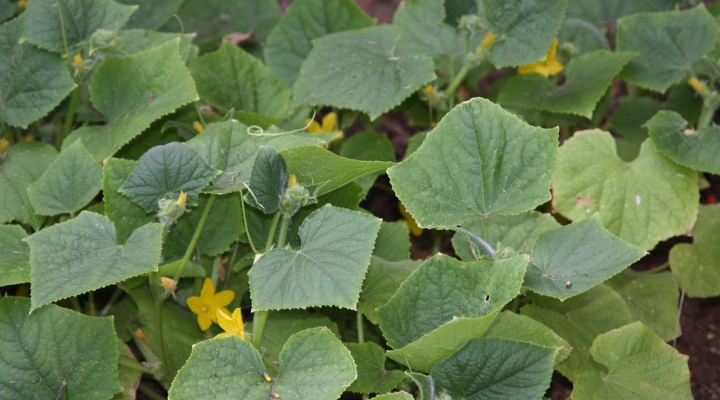 Run-of-the-mill cucumber varieties have separate male and female flowers on the same plant. But each cucumber plant is somewhat flexible about its sexuality, pumping out more female flowers in response to better growing conditions. Fruit and seed production, after all, take a lot of energy. (Jim, the Photographer, Flickr/Creative Commons)

WASHINGTON — If you are going to venture at all beyond the ordinary in growing cucumbers — and you must if want to eat the best tasting ones — then you should think about how they reproduce.

Run-of-the-mill cucumber varieties have separate male and female flowers on the same plant. But each cucumber plant is somewhat flexible about its sexuality, pumping out more female flowers in response to better growing conditions. Fruit and seed production, after all, take a lot of energy.

And then there are cucumbers, called gynoecious types, that have been bred to bear only female flowers. After all, why waste any of a plant’s energy producing male flowers?

Gynoecious cucumber varieties tend to yield more fruits and bear them earlier in the season (which is good) but over a shorter period of time (which can be good or bad depending on how you use the cucumbers).

Another way to get pollen to a gynoecious cucumber is to borrow it from your neighbours. No need to walk next door, though: Bees will carry it over from as far as a half-mile or more away.

Lastly, you might get a gynoecious cucumber to bear fruit by growing a variety whose fruits develop without any pollination whatsoever — a parthenocarpic variety. Like parthenocarpic grapes, persimmons and figs, parthenocarpic cucumbers have no seeds.

Parthenocarpic cucumbers look and taste better when not pollinated. Stray pollen on one of their female flowers causes part of the fruit to swell, as if pregnant. Parthenocarpic varieties, such as Sweet Success and Telegraph, are therefore ideal for growing in greenhouses.

Let’s now move beyond sex and discuss how to find seeds for this summer’s cukes. Most of the cucumbers that you see on grocers’ shelves are so-called American slicers. This year, you might want to grow pickling varieties which, although billed for making pickles, have excellent flavour. For something extraordinary, try Lemon cucumbers, which are round and light yellow. They might look like lemons, but their flavour and texture are pure cucumber.

Other parts of the world offer cucumbers that are, to some palettes, more flavourful than American slicers. From across the Pacific comes Suyo Long, with thin-skinned, soft-spined fruits that are long and curved, crisp in texture and sweet in flavour. From Israel come Mideastern, or beit alpha, varieties, such as Amira, with smooth, tender skins and mild flavour. These varieties are gynoecious and parthenocarpic.

No seeds, no problem: growing vegetables from scraps
May 28, 2020