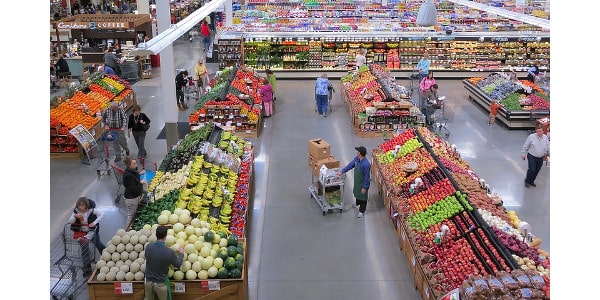 A nationwide survey examined U.S. consumers beliefs, awareness, and understanding of gene editing in food and agriculture, and their willingness-to-pay for gene-edited foods as it pertains to fresh and processed vegetables and meat. (Dean Hochman via Flickr)

WASHINGTON — The FMI Foundation in partnership with the American Seed Trade Association, the American Farm Bureau Federation, and the Farm Foundation, released a consumer research study measuring market potential for gene-edited products. The nationwide survey examined U.S. consumers beliefs, awareness, and understanding of gene editing in food and agriculture, and their willingness-to-pay for gene-edited foods as it pertains to fresh and processed vegetables and meat.

Some of the key takeaways from the research include:

“Gene editing, as a plant and animal breeding technique, is a relatively new food technology, so we believed it was important to establish a baseline for consumer understanding and how that level of understanding impacts purchasing decisions,” stated Leslie Sarasin, President and CEO of FMI, the Food Industry Association. “We know from experience that new technologies can initially cause consumer confusion, so it is our hope that these research results serve as a path forward for the food and agriculture industries to collaborate and facilitate a better understanding and a common language around gene-edited products.”

“Plant breeding innovations like gene editing hold the key to addressing many of our collective global challenges – from health and nutrition, to hunger and climate change,” said Andy LaVigne, President & CEO of the American Seed Trade Association. “Farmers and breeders have been improving plants for thousands of years, thanks to evolving innovations that allow us to produce better food, feed, and fiber in a safe and sustainable way. This research demonstrates the need to engage in an open dialogue with consumers about the importance of innovation and the critical role it plays in the future of our planet, our health, and our food.”

“The promise that gene editing brings to farmers and ranchers in helping them address some of the most challenging issues means that it is critical we get out in front and engage our neighbors on the benefits of gene editing,” said Zippy Duvall, president of the American Farm Bureau Federation, the nation’s largest general farm organization. The U.S. is a global leader in agricultural innovation, but to continue to advance on this front we need consumer trust and we also need an appropriate policy framework that does not put our farmers and ranchers in a competitive disadvantage.”

“It is noteworthy that the more information we can share early on about the specific benefits of gene editing, the greater consumer knowledge and acceptance there is,” said Shari Rogge-Fidler, president and CEO of the Farm Foundation. “This new technology offers a lot of opportunity for sustainable food production and benefits to the environment, animal welfare, consumers, and farmers, so it is important that we take crucial steps in communicating with consumers.”

The FMI Foundation spearheaded the research as part of its Unified Voice Protocol (UVP) initiative that is designed to bring together key stakeholders on emerging issues impacting consumer trust. This is the second pilot project under the UVP.

To read the full report, go to www.fmifoundation.org.