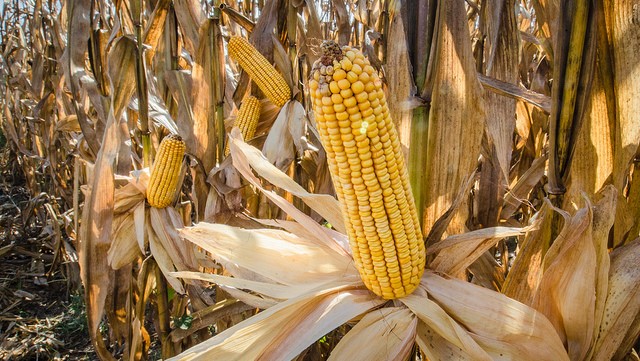 WASHINGTON — Editor’s note: The U.S. Department of Agriculture has announced the second and final round of trade mitigation payments. These payments aim to alleviate short-term damages associated with ongoing trade disputes. The following statements were released after the USDA made its announcement.

“Soy growers are very thankful that President Trump understands the need for this payment on the full 2018 production and that the Administration will deliver the second half of the aid as promised. While it will not make our losses whole, it will certainly help offset the drop in prices we have experienced since China cut off U.S. soybean imports,” said American Soybean Association (ASA) president Davie Stephens, a soybean producer from Clinton, Kentucky. “We saw some initial sales of U.S. soybeans to China last week, which was also welcomed news and we hope a sign that the trade war could be turning a corner as a result of President Trump’s recent meeting with President Xi.”

The Administration announced the Market Facilitation Program (MFP) in July as part of a trade aid package to partially offset the short-term impact of foreign tariffs on U.S. agricultural exports, including a 25 percent duty imposed by China on soybean imports. Farmers who apply under the MFP by January 15 and who have been eligible to receive payments on half of their 2018 production will now receive a payment of $1.65 per bushel on their entire harvested crop.

ASA continues to advocate for a negotiated solution to the trade war that would result in China rescinding the 25 percent tariff and fully opening its market to commercial purchases of U.S. soybeans. Said Stephens, “The sooner the market opens and tariffs are rescinded, the sooner we can start to rebuild the exports we have lost this year.”

NCGA’s comments follow USDA’s announcement of the second round of MFP payments, again setting the payment rate for corn at just one cent per bushel, despite the fact that corn farmers have suffered an average 44 cent per bushel loss since tariffs were first announced.

“Farmers of all crops have felt the impact of trade tariffs,” said NCGA President Lynn Chrisp. “NCGA appreciates the progress the administration has made to advance ethanol, reach a new agreement with Mexico and Canada and move forward on negotiations with Japan, but the benefits of these efforts will take time to materialize and farmers are hurting now.”

“One cent per bushel is woefully inadequate to even begin to cover the losses being felt by corn farmers. USDA did not take into account the reality that many of our farmers are facing,” Chrisp added.

In a November 19 letter to USDA Secretary Perdue, Chrisp stressed the disappointment around USDA’s approach to calculating MFP payments. Many farmers felt it was too narrow in scope and did not capture real-time impacts of trade disruptions.

NCGA called on USDA to add ethanol and distillers dried grains with solubles (DDGS) to the calculation of damages for corn, roughly $254 million. The organization also asked that farmers who suffered production losses from disasters be allowed to use an alternative to 2018 production for their MFP calculation, ensuring those suffering losses from natural disasters would not be penalized twice. These requests were repeated in subsequent conversations between NCGA and administration officials but ultimately ignored in USDA’s final payment calculation for round two.

According to an NCGA-commissioned economic analysis, corn farmers suffered a 44 cent per bushel loss in the price of corn from the beginning of May, right before tariffs were announced, through July, when tariffs were implemented. Based on USDA yield averages and acres of corn planted, that amounts to a $6.3 billion loss to corn farmers.

NAWG Applauds President’s Announcement of Second Round of MFP Assistance

President Trump announced the Administration would be fulfilling the second half of assistance through the Market Facilitation Program (MFP) to help farmers impacted by the trade war between the United States and China. USDA Secretary Perdue subsequently announced details of the program. In anticipation of this announcement, NAWG met with senior officials at USDA and the Office of Management and Budget (OMB) and sent a letter to USDA reminding them of the ongoing damaging impacts that these tariffs have had on wheat growers and noting that a second round of assistance to producers is justified.

“NAWG continues to emphasize to both the USDA and OMB that the ongoing trade war with China has continued to harm wheat farmers, which is evident with there having been no sales to China since March,” stated NAWG President and Sentinel, OK wheat farmer Jimmie Musick. “These retaliatory tariffs are not only harming growers through loss of sales but are also placing pressure on wheat prices. Growers want new export markets and trade deals so that this sort of assistance isn’t necessary.”

In the letter, NAWG pointed out that wheat growers have lost around $323 million in total sales to China. Additionally, wheat sales to Mexico have declined by 569,000 metric tons compared to the previous year, despite Mexico increasing overall wheat imports. This is an estimated loss of $178 million and caused by Mexico’s decision to source wheat imports from alternative markets amid uncertainty of trade agreements and unknown repercussions from Section 232 tariffs.

“We appreciate the Administration’s recognition that farmers have suffered economic damages resulting from tariff retaliation through MFP assistance,” concluded Musick.

Recruiting ants to fight weeds on the farm