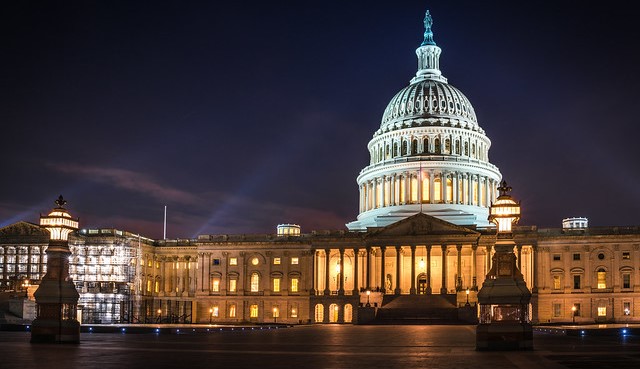 WASHINGTON — Editor’s note: The following statements were released following the announcement that the U.S. Environmental Protection Agency (EPA) will rollback the Waters of the United States (WOTUS) rule. A replacement rule is expected to be announced early 2020.

“I’m glad to see EPA Administrator Wheeler continuing to alleviate regulatory burdens that farmers, ranchers, and landowners faced under the outrageous 2015 WOTUS rule,” said Roberts. “This Administration has gone about this regulatory process the correct way – by listening to stakeholders. I look forward to reviewing the WOTUS replacement rule within the coming months.”

The WOTUS rule was originally developed by the Obama Administration’s EPA and the U.S. Army Corps of Engineers. The rule greatly expanded the EPA’s federal jurisdiction and scope of waterbodies subject to Clean Water Act requirements.

In January 2018, EPA postponed the applicability date of the WOTUS rule by two years, which gave the agency time to listen to stakeholders and develop an improved rule. In June 2017, the EPA and the Corps began a replacement rulemaking process to gather input and re-evaluate the definition of WOTUS. In February 2017, with Chairman Roberts in attendance, President Trump signed an executive order providing relief from the WOTUS rule.

Chairman Roberts has long been a stern opponent of Obama-era burdensome regulations. Last year, Chairman Roberts joined then Acting EPA Administrator Wheeler to unveil the WOTUS replacement rule. Shortly after taking the gavel of the Senate Agriculture Committee, Roberts held a hearing on the WOTUS rule and cosponsored bipartisan legislation to repeal the rule.

“Repealing the WOTUS rule is a major win for American agriculture. The extreme overreach from the past Administration had government taking the productivity of the land people had worked for years,” Secretary Perdue said. “Farmers and ranchers are exceptional stewards of the land, taking great care to preserve it for generations to come. President Trump is making good on his promise to reduce burdensome regulations to free our producers to do what they do best – feed, fuel, and clothe this nation and the world.”

One of President Trump’s earliest acts in office was an Executive Order directing EPA and the Army Corps to review and potentially replace the Obama Administration’s definition of the “Waters of the United States.” The EPA and the Army Corps have repealed the 2015 Rule that impermissibly expanded the definition of “Waters of the United States” under the Clean Water Act. The agencies upcoming action will restore the regulatory text that existed prior to the 2015 Rule and will end the inconsistent regulatory patchwork that has created uncertainty and has hindered projects from moving forward that can benefit both the environment and the economy. The repeal remedies the legal and procedural deficiencies of the 2015 Rule, addresses the extensive litigation surrounding it, and recodifies and restores a regulatory process that has been in place for years. The new rule will provide regulatory certainty to our nation’s farmers and businesses as to the definition of “Waters of the United States.”

Farm Bureau: A Victory for Clean Water and Clear Rules

The following may be attributed to American Farm Bureau Federation President Zippy Duvall: “Farmers and ranchers share the goal of ensuring clean water, but the 2015 Waters of the United States rule was unreasonable and unworkable. It made conservation more difficult and created huge liabilities for farmers.

“No regulation is perfect, and no rule can accommodate every concern, but the 2015 rule was especially egregious. We are relieved to put it behind us. We are now working to ensure a fair and reasonable substitute that protects our water and our ability to work and care for the land. Farm Bureau’s multi-year effort to raise awareness of overreaching provisions was powered by thousands of our members who joined with an array of allies to achieve this victory for clear rules to ensure clean water.”

The U.S. Environmental Protection Agency (EPA) said in June 2017 that it would repeal the Waters of the United States (WOTUS) rule and today has followed through on that promise. EPA along with the Department of the Army announced the repeal of the 2015 rule that expanded the definition of “waters of the United States,” or WOTUS, under the Clean Water Act.

The American Soybean Association (ASA) views this move as a significant step towards greater regulatory certainty for soybean farmers, with ASA president Davie Stephens, soy grower from Clinton, Kentucky, commenting, “We agree with the goal of assuring clean water, but in reality, the proposed rule was an unworkable and impractical regulation, especially for farmers and ranchers. Creeks, streams and ditches on our land were unduly subjected to a broad, one-size-fits-all regulatory definition that made no sense for individual farms and went beyond the intent of Congress. This is great news for soybean and other farmers.”

EPA is developing a new rule that protects waterways while still offering a workable solution for farmers, and that considers comments submitted by ASA and other impacted stakeholders. Until a new rule is finalized, jurisdictions will return to the regulatory framework that was in place prior to the 2015 WOTUS rule nationwide, putting an end to the state-by-state patchwork of regulations.

Yesterday, the Environmental Protection Agency and U.S. Army announced the finalization of a rule to repeal the 2015 rule that expanded the definition of “waters of the United States” (WOTUS) under the Clean Water Act. John Starkey, president of U.S. Poultry & Egg Association (USPOULTRY), released the following statement in response to the announcement.

“On behalf of our USPOULTRY members, we are pleased the EPA has honored its commitment to withdraw a regulation that was overly burdensome and clearly outside the jurisdictional authority prescribed to the agency by Congress. USPOULTRY was part of the coalition of organizations that brought legal action against EPA following the rule’s issuance, in what is commonly called the American Farm Bureau lawsuit. We are very pleased to see the matter settled in this manner, without the need for additional litigation. We look forward to continuing to work with EPA to finalize a regulation that protects surface water quality in a manner that does not infringe on the fundamental rights of law-abiding land owners.”

China to lift punitive tariffs on US soybeans, pork