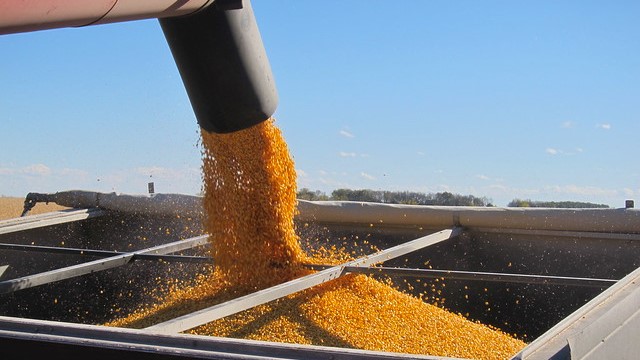 “We appreciate the U.S. government's efforts to raise the TRQ, however we are disappointed that Brazil did not remove their tariff completely to allow a fully open market," said Emily Skor, CEO, Growth Energy. (Tobin, Flickr/Creative Commons)

WASHINGTON — Brazil announced it has raised the quota on U.S. ethanol imports under the tariff rate quote (TRQ) up from 600 million liters per year to nearly 750 million liters per year. The TRQ regulates the threshold of ethanol that can be imported into Brazil without triggering a 20 percent tariff. Following this announcement, U.S. Grains Council, Growth Energy and Renewable Fuels Association released statements:

“We are very disappointed Brazil did not fully consider the vast information we and the U.S. government provided them showing the detrimental and negative impact this TRQ has on Brazilian consumers by raising prices at the pump. We will actively encourage review of this policy, which inhibits trade between our countries and hinders the development of a robust global ethanol marketplace. Free and reciprocal fair trade between the world’s two largest ethanol producers should be a model for other countries to follow. Instead Brazil is showing other countries a path to construct barriers to trade, which will hurt all consumers in the short, medium and long terms.”

“We appreciate the U.S. government’s efforts to raise the TRQ, however we are disappointed that Brazil did not remove their tariff completely to allow a fully open market. Brazilian ethanol continues to have virtual tariff-free access to the U.S. and puts U.S. ethanol producers at a disadvantage at a time when they need it most. We will continue working with U.S. government officials, the Brazilian government, and our allies to truly open the ethanol market and build a strong trade relationship for decades to come.”

“Brazil’s decision to maintain its protectionist trade barrier against U.S. ethanol is extremely disappointing and represents a major setback in our relationship with the Brazilian sugar and ethanol industry. The token increase in the quota does nothing to provide relief to Brazilian consumers who face higher fuel prices because of Brazil’s discriminatory policy. Not only is the U.S. market wide open to ethanol imports from Brazil, but our Renewable Fuel Standard actually incentivizes imports by characterizing sugarcane ethanol as an advanced biofuel. But there is nothing ‘advanced’ at all about the unfair and unlevel playing created by Brazilian trade barriers. In light of Brazil’s action, it may be time for U.S. policymakers to reconsider our open-door trade policy regarding sugarcane ethanol.”

About the U.S. Grains Council

The U.S. Grains Council develops export markets for U.S. barley, corn, sorghum and related products including distiller’s dried grains with solubles (DDGS) and ethanol. With full-time presence in 13 key markets and representatives in an additional 15 locations, the Council operates programs in more than 50 countries and the European Union. The Council believes exports are vital to global economic development and to U.S. agriculture’s profitability. Detailed information about the Council and its programs is online at www.grains.org.

Growth Energy represents producers and supporters of ethanol working to bring consumers better choices at the fuel pump, grow America’s economy and improve the environment for future generations. The organization’s national campaign – online at www.GetBiofuel.com – serves as the leading source of information for consumers seeking cleaner, more affordable fueling options. For more information on our organization, visit www.GrowthEnergy.org, follow on Twitter @GrowthEnergy, or connect on Facebook.

About the Renewable Fuels Association

The Renewable Fuels Association is the leading trade association for America’s ethanol industry. Its mission is to advance the development, production, and use of ethanol fuel by strengthening America’s ethanol industry and raising awareness about the benefits of renewable fuels. RFA’s members are working to help America become cleaner, safer, more energy independent and economically secure. For more information, visit EthanolRFA.org.

Help bees in lean times with a variety of blooms