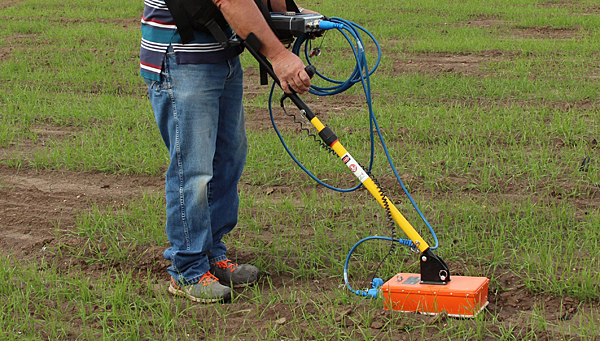 “To meet the world’s growing demand for food, agricultural crop production needs to double by 2050,” said Dr. Xuejun Dong, an AgriLife Research soil crop physiologist at the Texas A&M AgriLife Research and Extension Center in Uvalde. “It is widely accepted that breeding efforts focused on aboveground traits alone are not sufficient to achieve the necessary agricultural yield to meet this future global demand. We felt shifting the emphasis to analyzing the root system would provide an additional means to help agricultural producers meet this important goal.”

Dong said a major limiting factor for crop assessment has been the lack of efficient root phenotyping methods for use in the field.

“We knew that ground-penetrating radar had been a non-invasive technique widely used in coarse root detection, but the applicability of GPR in detecting the fine roots of agricultural crops was still unknown. The objective of this study was to assess the feasibility of utilizing GPR to detect fine roots under field conditions.”

Dong said to his knowledge this was the first study showing the high potential for using GPR to detect fine roots in agricultural crops.

It was conducted at four Texas cities — Amarillo, Dilley, Uvalde and Weslaco — with different soil types and soil moisture conditions.

“Positive fine-root development is necessary for plants to maximize their intake of water and nutrients,” said Dr. Daniel Leskovar, Uvalde center director and one of study researchers. “Being able to use ground-penetrating radar to evaluate and assess the fine root structure of different crop varieties would give us another powerful weapon in our arsenal for plant selection and breeding.”

The study provided a comparison of core-measured and GPR-estimated root parameters depicting the most significant relations for wheat cultivars, studied in Amarillo and Uvalde, and sugarcane cultivars, studied in Weslaco. Several cultivars of winter wheat and sugarcane were scanned with ground-penetrating radar at 1,600 megahertz. In each measurement transect, the GPR antenna was moved at a steady speed over a 3-meter distance parallel to plant rows and between the two middle rows in each of the plots.

Soil cores were collected immediately after scanning and the core samples containing roots were stored in a freezer until processing. The roots were then cleaned and scanned on a flatbed scanner where root diameter was analyzed. After scanning, roots were oven-dried until constant mass and root dry mass was recorded.

“To better compare the GPR signal against the measured root values from the soil cores, radar profiles were sectioned with the most signal concentrated on the upper soil layer for further analysis,” Dong said. “We also looked at pixel intensity in comparison to the different GPR indices.”

Dong said the results of the study showed significant relationships between root traits and GPR signals.

“Significant relationships were found and the accuracy of root detection was higher in wet clay soils than in dry sandy soils,” he said. “We also found that average GPR pixel intensity without an intensity threshold may be better to reflect root information.”

Most importantly, he said, the study showed both fine root diameter and biomass could be detected by ground-penetrating radar, depending on soil conditions.

“This means we may be able to use GPR to more quickly determine the suitability of various cultivars in different soil conditions so we can assess which ones might be the best to plant under those conditions to help ensure the most positive crop yield and quality.” 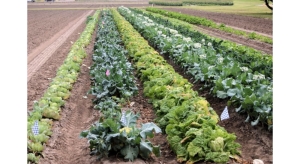 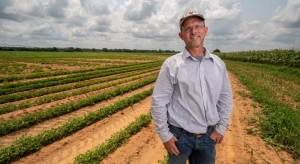 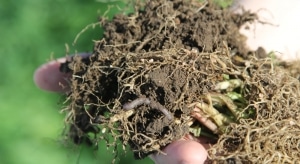 COLLEGE STATION, Texas — A team of scientists led by Texas A&M AgriLife is taking a page from the medical imaging world and using MRI to examine crop roots in a quest to develop crops with stronger and deeper root systems. Nithya Rajan, Ph.D., stands with the low-field MRI rhizotron in the greenhouse at Texas A&M […]