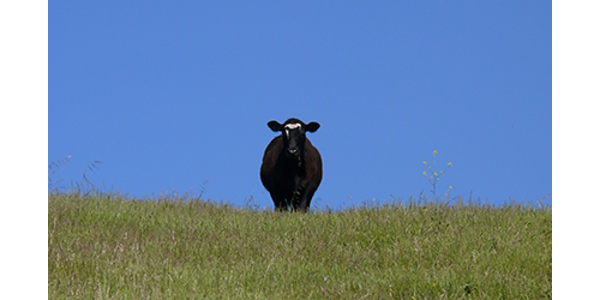 What is the Office of School and Public Lands?

In 1889, the federal government of the United States granted the state of South Dakota over 3.5 million acres. These lands, generally, were represented as sections 16 and 36 of each township to be used for funding schools and other public purposes. These, along with other lands, were divided among the state’s universities, specialty schools, and general school districts. To create revenue, these ‘School Lands’ could either be sold or leased and the proceeds held in a permanent trust fund with the interest used for education. On average, revenue is generated from grazing, mineral, gas, and cropping leases. One hundred percent of the income generated from these lands is allocated to education. The operating budget for the office is based on legislative allocation. Annually, the office returns approximately $12 million to school districts and endowed institutions from approximately 760,000 acres, and annual funding for education has increased roughly 10% on average over recent years.

How do grazing leases work?

Every year, some portion of state School Lands leases are opened for public auction. These leases are managed as a 5-year base lease, with an additional 5-year renewal option. Prior to auction, a minimum bid rate is set based on the current cattle market. During the initial 5-year term, the lease payment is based on the actual competitive auction bid. However, during the second 5-year period, the lease rate is based on a set formula that depends on the cattle market and is non-competitive. Therefore, the rental rate for the second 5-year period can fluctuate from that of the first 5-years, and can be potentially less expensive. As an example, in recent years high crop prices have increased competition at these auctions, driving the initial bid price much higher than the required minimum for the first 5-years of the contact. The lease price then declines during the second 5-year period as competition is eliminated and the lease is based on the cattle market.

How are lease auctions advertised to the public?

Lease auctions must be announced at least four weeks in advance and are posted on the School and Public Lands website and in the official newspaper for each county. Auction announcements are published annually, generally in mid-March.

What other expenses does a lessee incur?

Lessees are responsible for paying the annual property taxes on state School Lands.

Can I install fences and water on state school land?

In most instances, when state School Land goes to auction, the successful bidder will also incur a one-time payment, often to the previous lessee, for the value of the infrastructure associated with the lease. The land auctioneer discloses this value, so the bidders are fully aware of the valuation. This valuation is based only on the permitted infrastructure, thus former lessees are not reimbursed for non-permitted investments. If the successful bidder and the previous lessee do not agree on the terms of the infrastructural value, a third-party Board of Appraisal is appointed consisting of a representative of the former lessee, the new lessee, and a neutral person. If land goes unleased for 6 months, the office of School Lands then assumes ownership of all infrastructure and new lessees are not subject to the infrastructural improvement expenses.

How many cattle can I graze if I rent state school land?

Stocking rates are suggested by the state School Lands office at the time of auction on a price per animal unit month ($/AUM) basis. However, leases are structured to reflect a price per acre cost.

Can I sublease school land?

Generally, it is not legal to sublease state School Land to a third party. However, state law does allow for ‘pasturing agreements’ where additional livestock may be brought in under the total allowable stocking rate. In these agreements, responsibility for lease payments and property taxes remain solely with the listed lessee.

Can I break school land for crop production?

No. The office of School and Public Land has placed a moratorium on any conversion of School Land grasslands for crop production or other uses.

Is state school land open to the public access for recreation or hunting?

Yes. State School and Public Land is open to the public, and the state retains the hunting rights for the public, which is written into the terms and conditions of the leases. Lessees cannot legally charge anyone for hunting or other access to state School Lands and cannot receive any other compensation from hunting, including guide fees or other services. Independent guide services are also prohibited from guiding on state-owned lands (source: SD Game, Fish, and Parks).

All South Dakota School Land is public, but not all tracts have legal public access. Some may only have legal vehicle access for management purposes. In some cases, land tracts are not legally accessible without permission from an adjacent landowner. Types of legal public vehicle access include public roads and established public trails on public property. Section lines may or may not provide legal vehicle access depending on certain factors. Some established vehicle trails are for management only, and thus the public is still expected to walk in for recreational use. Generally, the primary access rule for state School Lands that are not accessible by vehicle via roads or trails is ‘walk in only’ for hunting, fishing, or other recreation. Open section lines provide legal walk-in access. The South Dakota Department of Game, Fish, and Parks provides excellent resources for accessing public lands in South Dakota, including state School Lands. Visit the South Dakota Game, Fish, and Parks website for access information.