Home / Arizona / Gray wolf management returned to states
A new user experience is coming! We'll be asking you to login to your Morning Ag Clips account March 1st to access these new features.
We can't wait to share them with you! Read more here. 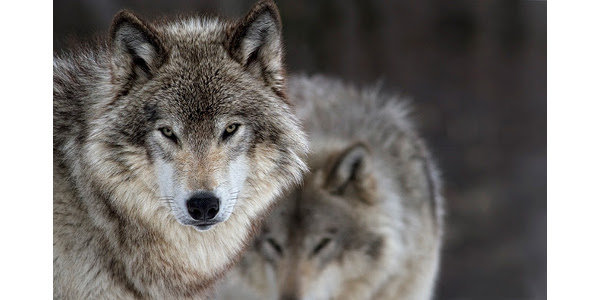 More than 45 years after gray wolves were first listed under the Endangered Species Act, the Trump Administration and its many conservation partners announced Oct. 28 the successful recovery of the gray wolf and its delisting from the ESA. (Courtesy of Michigan Farm Bureau)

BLOOMINGTON, Minn. — More than 45 years after gray wolves were first listed under the Endangered Species Act, the Trump Administration and its many conservation partners announced Oct. 28 the successful recovery of the gray wolf and its delisting from the ESA.

U.S. Secretary of the Interior David L. Bernhardt was at the Minnesota Valley National Wildlife Refuge to announce that state and tribal wildlife management agency professionals will resume responsibility for sustainable management and protection of delisted gray wolves in states with gray wolf populations, while the U.S. Fish and Wildlife Service monitors the species for five years to ensure the continued success of the species.

USFWS based its final determination solely on the best scientific and commercial data available, a thorough analysis of threats and how they have been alleviated and the ongoing commitment and proven track record of states and tribes to continue managing for healthy wolf populations once delisted. This analysis includes the latest information about the wolf’s current and historical distribution in the contiguous United States.

“Today’s action reflects the Trump Administration’s continued commitment to species conservation based on the parameters of the law and the best scientific and commercial data available,” said Sec. Bernhardt. “After more than 45 years as a listed species, the gray wolf has exceeded all conservation goals for recovery. Today’s announcement simply reflects the determination that this species is neither a threatened nor endangered species based on the specific factors Congress has laid out in the law.”

In total, the gray wolf population in the lower 48 states is more than 6,000 wolves, greatly exceeding the combined recovery goals for the Northern Rocky Mountains and Western Great Lakes populations. By the early part of the 20th century, the gray wolf had become scarce across almost the entire landscape of the lower 48 states. But, the dedicated efforts of partners that included states, tribes, conservation organizations and private landowners working together under the auspices of the ESA, brought this great predator back to healthy, stable numbers. Gray wolves in the United States exist primarily as two large, genetically diverse, stable to growing populations broadly distributed across several contiguous U.S. states, with an additional large population in Alaska that was never listed.

Gray wolves in the Northern Rocky Mountains – where a healthy and sustainable population roams across Wyoming, Montana, Idaho, and eastern portions of Oregon and Washington – were previously delisted. These states have since managed this delisted population effectively and responsibly. Wolves have even expanded into western Oregon, western Washington, northern California and most recently in northwest Colorado.

This final rule excludes Mexican wolves as that species remains listed under the ESA. The final rule will be effective 60 days after publication in the Federal Register.

“The American Sheep Industry Association commends the Department of the Interior for the successful recovery of the gray wolf population under the ESA and returning management of this species to the states. We are confident that this will ensure the continued sustainable population while also providing more tools to manage interactions between wolves, the public and domestic livestock,” said ASI President Benny Cox.

Wyoming Wool Growers Association President Vance Broadbent added, “For more than a decade, ranchers have worked with federal and state officials, as well as conservation and wildlife management groups to achieve lasting and meaningful recovery for the gray wolf. Wyoming has shown that delisting the wolf can be done responsibly and that states are well-equipped to manage their wildlife. We are grateful to Secretary Bernhardt, (USFWS) Director (Aurelia) Skipwith, and their teams for respecting the science that says the wolf has recovered and ensuring a strong future for wildlife across the country.”