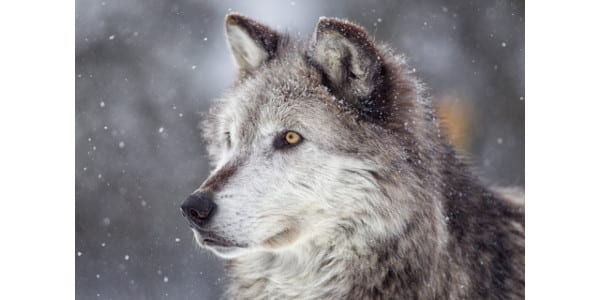 In Washington, the gray wolf is only listed as endangered in two-thirds of the state. The Washington State Department of Fish and Wildlife has publicly supported changing the federal designation in order to fully implement their local management plan. (Photo: iStock)

WASHINGTON, D.C. — Rep. Dan Newhouse (R-WA) has released the following statement after U.S. Department of the Interior Secretary David Bernhardt announced the final rule to remove the gray wolf from the List of Endangered and Threatened Wildlife under the Endangered Species Act (ESA) in the lower 48 states:

“The gray wolf is an Endangered Species Act success story,” said Rep. Newhouse. “By empowering states to manage gray wolf populations, the federal government is recognizing the effectiveness of locally-led conservation efforts, basing management decisions on sound science – instead of politics, and providing certainty to families, farmers, and rural communities in Central Washington and throughout the country. This action is one of the many steps the Trump Administration is taking to modernize the Endangered Species Act and protect American wildlife, and I look forward to continuing to build upon these efforts in Congress.”

“WCA applauds today’s Department of the Interior announcement regarding the removal of all gray wolves from the list of ESA-protected species,” said Ashley House, Executive Vice President of Washington Cattlemen’s Association. “We have tremendous confidence in the science that informed this important decision and thank Secretary Bernhardt for his leadership on this matter… We would especially like to extend sincere gratitude to Congressman Dan Newhouse for all his efforts that were undoubtedly instrumental in bringing forth the delisting and for his continued support of ESA reform. We are hopeful that this decision will guide our Washington state policy and policymakers towards a similar statewide decision towards management of the gray wolf population here locally.  As ranchers, we remain optimistic that we will be able to protect our livelihoods and ability to produce a safe, affordable, domestic food supply while working in tandem with wildlife managers for balanced management and realized success. We commend the administration for this terrific work.”

“This is great news for Washington state where our wolf population has reached recoverable levels,” said Mike LaPlant, President of the Washington Farm Bureau. “We are very thankful for the work of President Trump, Secretary of Interior David Bernhardt, U.S. Fish and Wildlife Services Director Aurelia Skipwith, and Congressman Newhouse for all their work to make this happen. It’s time to end the federal/state split management of wolves in Washington and allow our state wildlife managers to manage wolves in conjunction with all other species.”

In 2013, the Obama Administration’s U.S. Fish and Wildlife Service found that gray wolf recovery goals had been achieved, yet the effort to delist the animal from the ESA was met with politically-motivated attacks and lawsuits by radical environmental groups. Management of gray wolves was transferred from the states to the federal level following two 2014 U.S. District Court decisions that reinstated gray wolves under the protections of the ESA.

The best available scientific and commercial information continued to indicate the gray wolf does not meet the definitions of a threatened or endangered species. With a range-wide population of more than 6,000, gray wolf recovery efforts have exceeded the combined goals for the Northern Rocky Mountains and Western Great Lakes populations. In Washington state alone, there are at least 108 known wolves in 21 known packs, including at least 10 breeding pairs, and the Confederated Tribes of the Colville Reservation reported 37 wolves in five packs.

The gray wolf joins the bald eagle, peregrine falcon, American alligator, brown pelican and 33 other species of animals and plants in U.S. states, territories and waters that have been brought back from the brink with the help of the ESA.

On March 15, 2019, the U.S. Fish and Wildlife Service published a proposed rule in the Federal Register to delist the gray wolf and announced the opening of a 60-day public comment period on the proposed action, ending May 14, 2020. In response to requests, the Service extended the comment period until July 15, 2019, to allow all interested parties additional time to comment on the proposal and to allow for a public hearing. In addition, a final peer review report on the proposal was made available on June 3, 2019.

On May 28, 2019, Rep. Newhouse and Rep. Collin Peterson (D-MN) led 34 colleagues in a bipartisan letter in support of the proposed rule, urging the Administration to use the best available science to delist the gray wolf. Click here to read the letter.

In Washington, the gray wolf is only listed as endangered in two-thirds of the state. The Washington State Department of Fish and Wildlife has publicly supported changing the federal designation in order to fully implement their local management plan. Click here and here to read the Washington Department of Fish and Wildlife’s 2015 and 2018 letters requesting the federal delisting of the gray wolf.