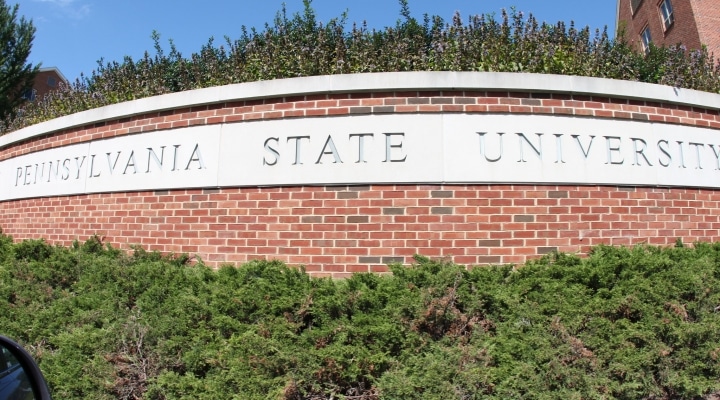 A Penn State researcher has received funding to examine the genetic mechanisms that enable carnivorous plants to repurpose defense proteins to digest their insect prey. (photo by daveynin, Creative Commons/flickr.com)

With support from a more than $975,000 grant from the National Science Foundation, Tanya Renner, assistant professor of entomology in the College of Agricultural Sciences, is leading the research, which is aimed at understanding how prey digestion among distantly related carnivorous plants has evolved and is regulated. Victor Albert, Empire Innovation Professor in the Department of Biological Sciences at the University at Buffalo, is co-principal investigator.

The study also will advance the mission of Penn State’s Center for Parasitic and Carnivorous Plants, of which Renner is a faculty affiliate.

“The remarkable capability of carnivorous plants to obtain nutrients from nonsoil sources, namely insects, has arisen independently perhaps 10 times in flowering plants,” Renner said. “Most carnivorous plants live in areas with low nutrient availability, so digesting insects above-ground is a way to get the nutrients they need.”

She explained that these plants’ carnivorous habit involves attraction, capture and digestion of prey.

“For this project, we’re studying plants with adhesive traps that act like flypaper,” she said. “We already have some evidence that these plants have repurposed common defense proteins — which normally protect against pathogenic fungi and insects — for use in digesting prey to acquire nutrients, such as nitrogen. We now want to know by what mechanism these genes are turned on and regulated, and if plants with similar traps do it the same way.”

Renner noted that the interdisciplinary approach of the research has significant potential to advance knowledge of plant physiology, including studies of nutrition and the functions of plant hormones.

“Our findings also could have broad implications for understanding plant defense and may result in the discovery of novel proteins for use in plant disease management,” she said.

Renner added that the project also has an educational component. The research will enable the training of graduate and undergraduate students from diverse and underrepresented backgrounds, and the findings will be incorporated into undergraduate and graduate-level courses. In addition, she said, the research will support public programs for K-12 students and adults aimed at teaching concepts related to biological evolution using charismatic carnivorous plants.