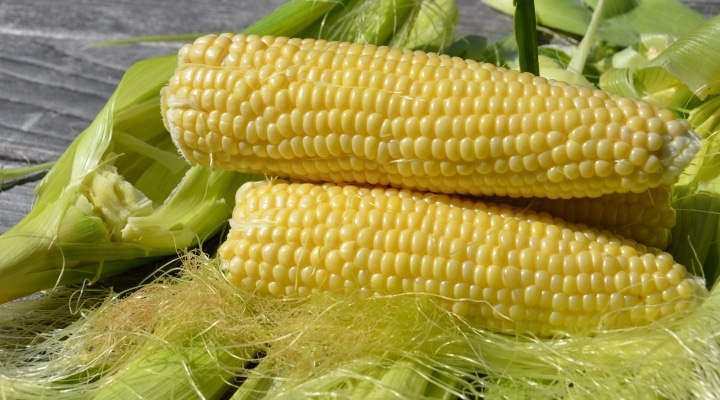 Two professors in NC State’s Department of Plant and Microbial Biology recently received a three-year, $3.3 million grant from the National Science Foundation to continue their work of 17 years unraveling how plants control DNA replication and how this influences agronomic traits. (photo by Rob Bertholf, Creative Commons/flickr.com)

RALEIGH, N.C. –Two professors in NC State’s Department of Plant and Microbial Biology recently received a three-year, $3.3 million grant from the National Science Foundation to continue their work of 17 years unraveling how plants control DNA replication and how this influences agronomic traits.

The process of copying, or replicating, the complete set of genetic material is an essential part of growing and dividing for all organisms. Since the DNA from even one corn chromosome is many times longer than the size of the cell it resides within, the DNA must be tightly packed and replicated with care. In fact, problems with DNA replication are found in many types of cancer in animals.

Linda Hanley-Bowdoin, a William Neal Reynolds Distinguished Professor of Plant and Microbial Biology and lead investigator on the grant, added that scientists aren’t sure if the DNA replication issues cause cancer, or if rapidly growing cancer causes DNA replication issues, but there is certainly a correlation. In plants, DNA replication is linked with which genes are transcribed — or turned on — and thus what traits the plants have.

She added, “We’re learning that how DNA replication is regulated in plants is not necessarily the same as what you find in other eukaryotic systems like humans, fungi and fruit flies. You can’t simply assume that what you’ve found in other organisms will apply to plants. Some things clearly do, but not all of them.”

Even something as relatively simple as how long it takes to replicate the genome of a certain size is quite different, Hanley-Bowdoin said. For example, it takes a human cell 8-12 hours to replicate its genome. For corn, which has about as much DNA, it takes less than 4 hours.

“Probably plants have a lot more places where DNA replication starts throughout the genome,” said Hanley-Bowdoin. “There are also probably some real differences in how DNA replication is coordinated and how the DNA is packaged into chromatin. We’re the only ones in the world who are doing this kind of work in plants, so there’s still a lot to be learned.”

“Still A Lot to be Learned”
Hanley-Bowdoin and co-investigator Bill Thompson, a Distinguished University Professor in the Department of Plant and Microbial Biology, started their work in Arabidopsis, a small well-studied plant related to cabbage and mustard, and rice, and now work in corn, or maize, because of the wealth of genetic information now available for that crop.

They, together with Hank Bass at Florida State University and Jawon Song at the Texas Advanced Computing Center have characterized DNA replication in the root tips of a variety of corn known as B73. This work has been published in several scientific journals, notably including The Plant Cell.

Emily Wear and Leigh Mickelson-Young, both research staff at NC State, played key roles in the research and have made important contributions to key publications on various aspects of DNA replication in maize. Both will be continuing to work on the new project.

The group will now study DNA replication in a different variety of corn known as Mo17, and also in sorghum, a closely related grain crop that does not have the vast number of transposable elements that corn has in its genome. Transposable elements, or “jumping genes” are DNA sequences that can move from one part of the genome to another. They were originally discovered in maize in the 1940s, but many other species have them.

By comparing DNA replication, which genes are transcribed, and how DNA is packaged into chromosomes in the three crop varieties, they hope to learn about the importance of different genes and transposable elements in replication timing and coordination.

Eventually the group wishes to study the offspring from a cross between the B73 and Mo17 varieties to determine the genetic basis for any observed differences in DNA replication. This kind of research would not be possible to do in animals, as corn varieties can be far more genetically different than different species of mammals, Hanley-Bowdoin added.

“We’re the only group working on replication timing who is actually working in an actively growing, developing tissue — when scientists study DNA replication in animals they use cell culture and various tricks,” Hanley-Bowdoin said. “We’re learning some things that haven’t been found in the animal world. Working with plants provides a lot of opportunities to answer fundamental questions.”

Education and Outreach
Through the three-year Plant Genome Research Program grant, they also want to introduce undergraduate and high school students to plant science research as well as the general public in collaboration Bass, who is an NC State alumnus.

Originally, they planned to support one undergraduate during the school year each year of the grant, and to leverage an existing program that provides summer research experiences to undergraduate students from groups underrepresented in science. Of course, the COVID-19 pandemic has impacted those plans, but the team hopes to get an undergraduate into the lab as soon as reasonably possible this coming summer or for the next academic year.

Bass has a partnership with Florida A&M, a historically black university, to introduce high school students from underrepresented groups to plant research through short summer workshops.

Bass also leads an outreach program to introduce the general public to the incredible range of corn diversity by planting 100 different maize mutants with different phenotypes in what they call a “Maize Maze.” The NC State team will participate in the outreach event during the third year of the grant.

“The point of the event is to showcase what genetic variation can do and get people interested in genetics,” Hanley-Bowdoin said. “It’s also a very good learning experience for the undergraduate students involved in getting the whole thing set-up.”

Raising pumpkins in hues from orange to blue