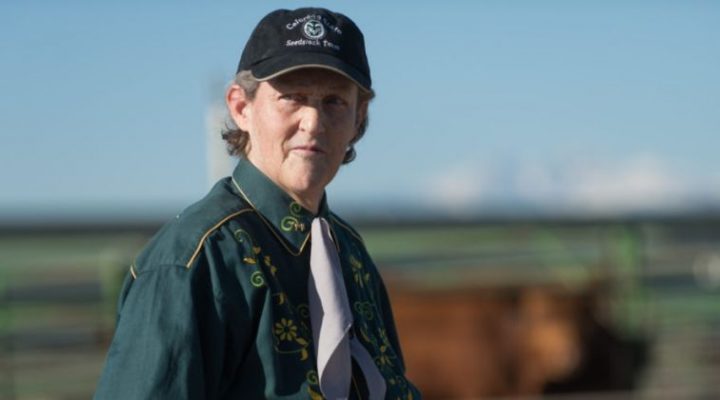 FORT COLLINS, Colo. — Temple Grandin, Colorado State University professor of animal sciences and world-renowned autism spokesperson, has been named to the National Women’s Hall of Fame. Grandin is one of only 10 women to receive the prestigious honor this year.

‘Achievements have changed the course of American history’

“We are pleased to add 10 American women to the ranks of inductees whose leadership and achievements have changed the course of American history,” said Betty M. Bayer, the Hall’s co-president and professor of women’s studies at Hobart and William Smith Colleges.

A professor of animal sciences for more than 20 years, Grandin has made enormous contributions to the livestock industry. Her autism allows her to think in pictures, and that ability has made her a visionary in her field. Her insights into animal behavior shaped innovative approaches to livestock handling, including methods and designs for humane slaughter that have become the industry standard.

“Honoring Dr. Temple Grandin in this esteemed group of women not only speaks to the power of her research and advocacy, but also her impact as a role model for young women everywhere,” said Colorado State University President Tony Frank. “Early in her career, her determination helped her break into what was a largely male-dominated animal production industry, and she continues to serve as an advocate for women in the sciences, for young people with autism, and for anyone unwilling to let artificial boundaries stand in the way of their personal and professional success.”

The Hall notes that Grandin’s life and work have revolutionized the study of autism, reflected in the title of her Ted Talk: “The World Needs All Kinds of Minds.”

Grandin’s research, teaching and international consultation on autism, animal behavior and handling as well as advancing quality standards and assurance in the meat and livestock industries were highlighted in the announcement.

Women selected for the National Women’s Hall of Fame must be citizens of the United States, either by birth or naturalization, and their contribution must be of national or global importance and of enduring value.

The new inductees will be celebrated at the Hall’s biennial induction ceremony in September.

In 2010 Grandin was honored in Time magazine’s “100 Most Influential People in the World,” and in 2016 she was inducted into the American Academy of Arts and Sciences.

About the National Women’s Hall of Fame

The National Women’s Hall of Fame was founded in 1969 and is the nation’s oldest membership organization and museum dedicated to honoring and celebrating the achievements of distinguished American women. In pursuit of its mission of “Showcasing Great Women…Inspiring All,” the National Women’s Hall of Fame honors the women of the past, relates the history of women’s struggles, prepares the women of the future and serves as the voice celebrating the value of women.