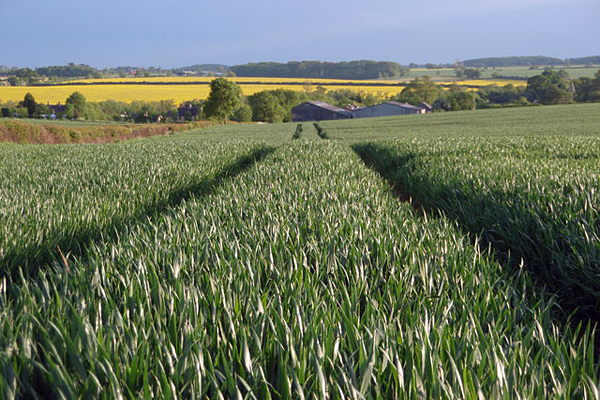 “A farmer’s cash price is composed of the Chicago futures market price, the local price above or below the Chicago price, called the basis, and the cost of shipping it to the buyer,” said Robert Harper, Virginia Farm Bureau Federation grain marketing manager. “When national grain stocks are high, it tends to drive the national futures price lower, and therefore the local price drops. It’s the old supply-and-demand formula; bushels are worth less to the trade when there’s more of them.”

Higher grain stocks are not the only factor affecting the grain and soybean markets, Harper said. Experts say the nation’s farmers may harvest new record corn and soybean crops this fall thanks to near-ideal growing conditions in the Corn Belt. And there’s plenty of uncertainty in the marketplace because of current U.S. trade disputes with its four biggest buyers—Canada, China, the European Union and Mexico.

Virginia farmers raised a record 26.6 million bushels of soybeans in 2017, and China purchased nearly 62 percent of them, according to the Virginia Soybean Association.

“Those new tariffs are also worrying grain buyers,” Harper said. “They are expected to reduce export sales, which means our new crops have to be sold elsewhere or their domestic price has to drop here to move them.”