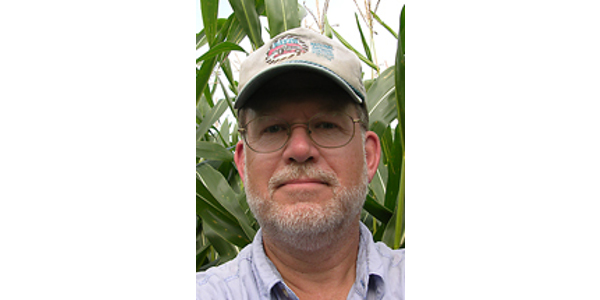 COLUMBIA CITY, Ind. — As the corn crop matures, you may read articles in the farm press about various fill stages in corn. A Purdue corn expert recently offered instruction on what these fill stages mean.

To provide context, you may remember talk of growth stages of corn throughout the growing season. Stages start with either a “V” for vegetative stages, or “R” for reproductive stages. For example, stage VE refers to corn emergence, stage V6 refers to six leaves with visible leaf collars, and stage R1 refers to the silking stage, when silks emerge at the tips of ears. We’ll start there today.
Dr. Robert L. “Bob” Nielsen, Purdue corn specialist, recently authored an article in which he explained corn fill stages.

“Silk emergence is technically the first recognized stage of the reproductive period,” said Nielsen. “Every ovule (potential kernel) on the ear develops its own silk (the functional stigma of the female flower).” Nielsen explained that silks elongate about 1.5 inches per day during the first few days after they emerge from the husk leaves, and continue to elongate until pollen grains are captured and germinate, or until they simply deteriorate with age. “Silks remain receptive to pollen grain germination for up to 10 days after silk emergence, but deteriorate quickly after about the first 5 days of emergence,” said Nielsen.

“Pollen grains ‘captured’ by silks quickly germinate and develop pollen tubes that penetrate the silk tissue and elongate to the ovule within about 24 hours,” said Nielsen. “The pollen tubes contain the male gametes that eventually fertilize the ovules.”
In other words, without successful pollination (successful pollen transfer from tassel to silks) and fertilization (successful uniting of male and female gametes in ovules), you have no corn. This is why farmers are very concerned about weather conditions and other stressors at silking and pollination time. If we have extremely hot, dry weather, it can hasten the desiccation (drying and death) of silks, or slow or delay silk emergence. Delayed silk emergence could mean that pollen shed occurs before silks are exposed. Additionally, insects can clip off silks, limiting the receptive area available for pollen. Drought conditions can be devastating at this point in the season. The time window for pollination is only open so long. Once closed, it’s over and done with for this growing season.

Kernel abortion refers to the condition when fertilization has been successful, but stress forces the corn plant to “abandon” certain kernels that it does not have the energy to support. Typically, photosynthesis is being curtailed by some form of stress, which reduces available energy.

Growth Stage R3 describes kernel milk stage, about 18-20 days after silking, in which the kernels are mostly yellow and contain “milky” white fluid. “The milk stage of development is the infamous ‘roasting ear’ stage, when you find die-hard aficionados standing out in their field nibbling on these delectable morsels,” said Nielsen.

Growth Stage R4 describes kernel dough stage. “About 24 to 26 days after silking, the kernel’s milky inner fluid begins changing to a ‘doughy’ consistency as starch accumulation continues in the endosperm,” said Nielsen. “The shelled cob is now light red or pink.” Nielsen said kernel abortion is much less likely to occur at this stage, although continued stress can affect yield by reducing kernel weight.

Growth Stage R5 describes kernel dent stage. “About 31 to 33 days after silking, all or nearly all of the kernels are denting near their crowns,” said Nielsen. Kernels continue to accumulate dry matter content through R5.

Nielsen describes an interesting exercise you can employ during R5 (in anticipation of R6, physiological maturity), involving observation of what is called the “milk line”. “Within about a week after the beginning of R5, a distinct horizontal line appears near the dent end of a split kernel and slowly progresses to the tip end of the kernel over the next 3 weeks or so,” said Nielsen. “This line is called the ‘milk line’ and marks the boundary between the liquid (milky) and solid (starchy) areas of maturing kernels.” Break a cob in half and see if you can see the milk line!

Growth stage R6 describes physiological maturity. “About 55 to 65 days after silking, kernel dry weight usually reaches its maximum and kernels are said to be physiologically mature and safe from frost,” said Nielsen. “Physiological maturity occurs shortly after the kernel milk line disappears and just before the kernel black layer forms at the tip of the kernels.”
Nielsen said that harvest maturity is not a strict stage of grain development, but it is often defined as that grain moisture content where harvest can occur with minimal kernel damage and mechanical harvest loss. He said it is usually considered to be near 25 percent grain moisture.