Home / California / Graduate students receive $15,000 scholarships
A new user experience is coming! We'll be asking you to login to your Morning Ag Clips account March 1st to access these new features.
We can't wait to share them with you! Read more here. 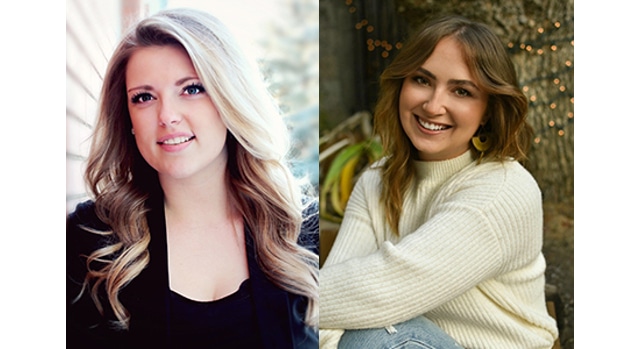 DENVER, Colo. — Paige Stanley, University of California – Berkeley, and Jessica Sperber, University of Nebraska – Lincoln, have been awarded $15,000 W.D. Farr Scholarships for 2019-20 by the National Cattlemen’s Foundation. The awards recognize superior achievement in academics and leadership. They were presented during the 2020 Cattle Industry Convention & NCBA Trade Show in San Antonio, Texas, in early February.

The Farr Scholarships will allow Stanley and Sperber to further their study in fields that will benefit the cattle and beef industry. Stanley is seeking her Ph.D. degree in the UC-Berkley Environmental Science Department studying the relationship between grazing management and ranch viability, while Sperber is going for a Ph.D. degree at UN – Lincoln in Ruminant Nutrition, focusing heavily on sustainability efforts in cattle feeding.

As a Ph.D. candidate at UC-Berkley, Stanley designed a research project that combined methods from animal science and environmental science to publish the first life cycle analysis that included soil carbon sequestration as a potential greenhouse gas mitigation strategy for different cattle production systems. Her resulting article in Agricultural Systems in May 2018 was the journal’s most downloaded article with more than 44,000 views in one year and garnered significant media attention from outlets such as The New York Times, NPR and many others. Stanley’s research has shown that well-managed grazing systems can reduce overall greenhouse gas emissions from cattle production. She plans to pursue a career as a research scientist at USDA or other research institution.

Sperber was raised on a commercial cow-calf and grain operation in Alberta, Canada, and has had an interest in the beef industry her entire life. She earned her undergraduate degree in Biological Sciences from MacEwan University in Edmonton, Alberta, and her Master’s Degree in animal science from West Texas A&M University, where she gained a better understanding of beef harvest procedures and marketing techniques. She has participated in the poster competition at the Reciprocal Meats Conference, American Society of Animal Science annual meeting and the Plains Nutrition Council conference and spent three summers as a student intern with a cattle and crop insurance company, ensuring farmers and ranchers were protected in times of environmental uncertainty.

Sperber has presented at more than 30 industry meetings and agricultural gatherings related to her research at WTAMU. Her Ph.D. work gives her the opportunity to gain hands-on experience in cattle feeding and nutrition, while allowing her to expand on her interests in international trade and gain a greater understanding of beef production on a global scale. Her future goals involve academia and extension. Sperber says the W.D. Farr Scholarship will allow her to devote necessary time to complete ongoing research projects.

The annual W.D. Farr Scholarship awards were established by the National Cattlemen’s Foundation in 2007 to recognize outstanding students who plan to pursue careers in meat science and animal agriculture. Thirty-one outstanding applications were received from graduate-level students in universities across the country this year.

To donate to the W.D. Farr Scholarship fund or for more information, go to www.nationalcattlemensfoundation.org.