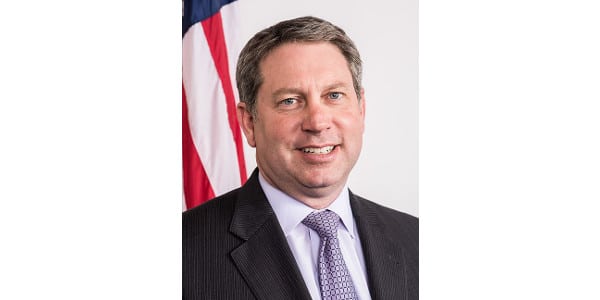 Gregg Doud, Chief Agricultural Negotiator for the Office of the US Trade Representative.

LINCOLN — Nebraska Department of Agriculture (NDA) Director Steve Wellman announced the addition of speakers to an already outstanding program at the Governor’s Ag Conference, March 9-10, in Kearney. These new speakers have knowledge and experience in emerging markets and international trade. In addition to these topics, the Governor’s Ag Conference gives producers and agri-business leaders in Nebraska an opportunity to discuss how to drive economic growth in the state’s number one industry.

New speakers at the Governor’s Ag Conference include:

· Gregg Doud, Chief Agricultural Negotiator for the Office of the US Trade Representative. Ambassador Doud will provide an update on international trade efforts during the March 10th luncheon.

· Ted Carter, President, University of Nebraska will be the featured speaker at the “Celebrate Nebraska Agriculture” reception on Monday, March 9.

· Annette Wiles, a Nebraska hop and hemp producer will join a panel of speakers discussing new and emerging markets in Nebraska.

“With all of these experts in agriculture discussing a variety of topics, the Governor’s Ag Conference will have something for everyone,” said NDA Director Wellman. “These additional speakers join an already impressive lineup for a conference that’s bound to bring people together for the future of agriculture.”

The Governor’s Ag Conference is coordinated by the Nebraska Department of Agriculture and is co-sponsored by Farm Credit Services of America.