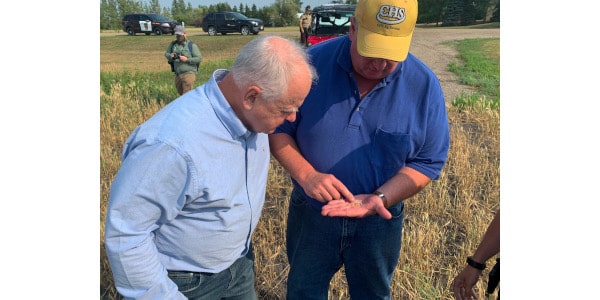 ST. PAUL, Minn. — Governor Tim Walz visited a farm in Polk County to survey the drought and discuss its impact with farmers.

“After a year that challenged Minnesotans across the state, our farmers are suffering yet another setback from the persistent drought,” said Governor Walz. “Minnesota farmers and ranchers feed not just Minnesota but the entire world, and this drought is threatening their livelihoods. We continue to maintain close communication with our federal partners and the agricultural community to ensure we’re providing the support and flexibility our farmers and ranchers need during this challenging time.”

The U.S. Drought Monitor update released Thursday reflects a further worsening of conditions across Minnesota. 19% of the state has now reached the D3 Extreme Drought intensity up from 4% the previous week with 72% at least at the D2 Severe Drought intensity. Today’s update will trigger the expansion of the U.S. Department of Agriculture disaster designation to additional Minnesota counties. 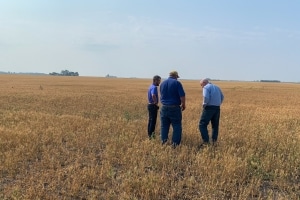 On Monday, Governor Walz met with agricultural leaders from across the state to hear how the drought has impacted them. Also this week, Governor Walz spoke with USDA Secretary Tom Vilsack and urged him to take action to support farmers and livestock producers.

The Minnesota Department of Agriculture’s Rural Finance Authority Board determined on July 14th that an emergency exists in Minnesota due to drought, making zero-interest loans available immediately for Minnesota farmers whose operations are suffering from lack of rain. The Department of Natural Resources has also convened the State Drought Task Force, a panel of state, federal, regional, and local experts.

USDA aids in transport of feed in drought-impacted areas
September 9, 2021