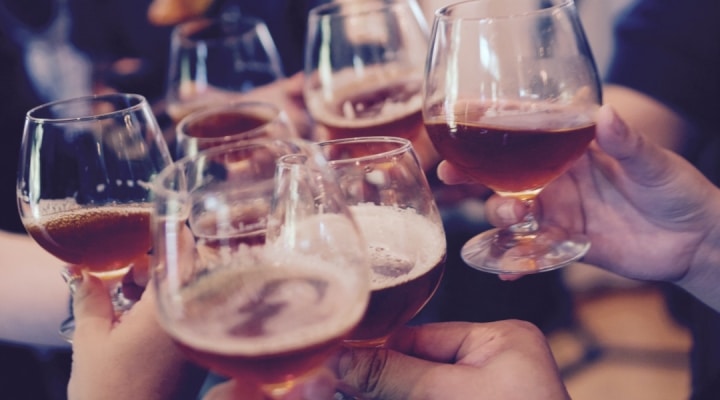 These new permits can generally be processed and approved in less than 30 days, compared to applications for new licenses that currently take an average of six months, expediting the time it takes to open a new craft beverage manufacturing businesses throughout the state. (Photo by Yutacar on Unsplash)

ALBANY — Governor Kathy Hochul today announced that the State Liquor Authority is now accepting applications for new permits to allow craft beverage manufacturing businesses the ability to manufacture and sell alcoholic beverages while their liquor license is pending. These new permits can generally be processed and approved in less than 30 days, compared to applications for new licenses that currently take an average of six months, expediting the time it takes to open a new craft beverage manufacturing businesses throughout the state.

“New York’s craft beverage industry is not only a source of local pride, but also creates jobs and drives tourism in every corner of the state,” Governor Hochul said. “These fast-tracked permits will allow new businesses to hit the ground running by opening quickly and making immediate contributions to their local economies. This is another step in furthering our administration’s efforts to cut red tape, ease regulations, and make commonsense reforms to help these businesses grow and thrive.”

Legislation signed by Governor Hochul on December 21, 2021, created new temporary permits for breweries, wineries, distilleries, cideries and meaderies, allowing them to open while awaiting the final approval, preventing accrued costs in rent and maintenance after the location and equipment have been acquired. There are currently eighty-one permit applications pending for craft manufacturers statewide.

These permits allow businesses to manufacture and sell alcoholic beverages for a period of six months, or until the full application is approved, for a fee of just $125. The new permits may be extended for a three-month period for an additional $50 fee if necessary. The application for craft manufacturers to apply for the new temporary operating permits are available here.

State Liquor Authority Chairman Vincent Bradley said, “Governor Hochul recognizes that getting craft producers open quickly is important for both these individual businesses and for our state’s entire economy. When our craft manufactures grow and thrive, they create jobs, put money back into their local economies and set the stage for future growth. New York has been a leader in the craft beverage industry, and these fast-tracked permits will no doubt help ensure this trend continues.”

State Senator Michelle Hinchey said, “The launch of New York’s fast-tracked temporary permits is a major turning point for craft beverage producers across our state, and I’m proud to have authored the legislation to help these small businesses bring their exceptional products from farm to glass sooner. As a strong tourism driver and local job creator, New York’s burgeoning craft beverage industry represents an exciting growth sector for upstate economies, and it’s one that I’ve been thrilled to elevate as Senate Agriculture Chair. I thank Governor Hochul for her avid support of temporary permits and I look forward to our continued work to expand New York’s competitive edge in the craft beverage industry.”

Assemblymember Donna Lupardo said, “If a craft beverage business has a location and is ready to operate, they should be able to while awaiting their final license. Temporary permits will make it easier for these businesses to get goods to market sooner and generate income. I am glad that the application process is now opening, and I thank Governor Hochul and the SLA for their partnership getting us to this point.”

New York State Brewers Association President Paul Leone said, “The New York State craft brewing industry continues to grow, even through COVID. With wait times lasting up to six months, many brewery owners were paying rent on buildings they couldn’t open, making monthly payments on new brewing equipment they couldn’t use, and not making any money to pay themselves or their employees while they were waiting for their permits. This temporary permit will allow breweries who are currently waiting on their permits to open sooner, and for those considering opening their own brewery, an avenue to open quicker. The New York State Brewers Association thanks Governor Hochul for signing this legislation into law as well as her continued support of the craft beer and craft beverage industry.”

New York State Cider Association Executive Director Scott Ramsey said, “Our cidery members, especially small businesses, are continuing to face major economic challenges due to the pandemic which now include supply chain issues and rising fuel costs. In this environment, we’re so appreciative of this much needed support from Governor Hochul, Senator Hinchey, and Assemblywoman Lupardo. The “Temporary Permits Bill” is common sense legislation that allows our newest cider producers and growers to enter the market, build their businesses, create jobs, and contribute to local agricultural economies in a much more efficient and meaningful way.”

New York State Wine and Grape Foundation Executive Director Sam Filler said, “New farm wineries have been fortunate to have temporary permits available to them for decades, and we applaud Governor Hochul for extending these fast-tracked permits to our industry partners producing beer, cider and spirits. Waiting for a permit means months of no revenues while paying a mortgage or rent, making capital investments, purchasing equipment, and hiring staff, and these permits will ensure these new businesses can hit the ground running.”

New York State Distillers Guild President Brian Facquet said, “This new legislation will be helpful to the new manufacturers trying to get permits in New York by allowing them to get up and running while the SLA has the time to properly vet their applications.  The New York State Distillers’ Guild commends Governor Hochul and the legislature for implementing this vital legislation to get craft manufacturers, who create jobs and drive tourism in every corner of the state, up and running as quickly as possible.”

New York State’s craft beverage industry accounted for over $5 billion in revenue in 2018, growing by 230 percent over the last decade. Despite the economic downturn, the number of craft beverage manufacturing licenses issued by the SLA grew by over 9 percent in the last year, from 1,426 active licenses to 1,559. This legislation further supports the state’s growing craft beverage industry, one of the fastest growing in the nation, which now ranks in the top five in the U.S. for its number of craft beverage producers in every category. The state ranks first in the U.S. for the number of hard cider producers with 78, second in craft distillers and breweries with 205 and 504 respectively, and fourth in the country for the total number of wineries with 494. New York is also home to fourteen farm meaderies, a new permit created in 2019 for alcoholic beverages made with New York State produced honey.

Additionally, in the last year twenty-eight farm-based manufacturers have extended their footprints by opening new, no-fee, offsite retail locations across the state in the last year alone, a 17 percent increase over 2021. These branch stores, which now number 198 statewide, allow farm manufacturers to sell their own products, in addition to any other NYS labeled product by the glass or by the bottle to consumers at an offsite location.