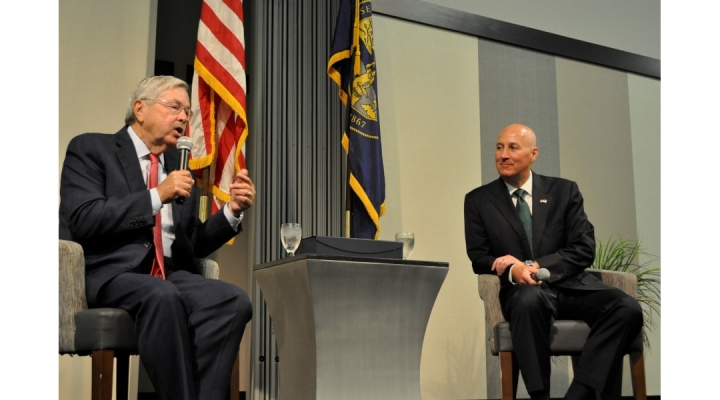 Registration for the event is now open at govsummit.nebraska.gov.  U.S. Assistant Secretary of State for East Asian and Pacific Affairs, Daniel J. Kritenbrink, will be the keynote speaker.

“Nebraska is successfully creating jobs and attracting investment,” said Gov. Ricketts.  “This year’s Summit will convene leaders from across the state to discuss how to build on this positive momentum.  Attending the Summit is a great way to make connections with fellow Nebraskans who play key roles in our state’s growth.  We look forward to hosting Assistant Secretary of State Kritenbrink and hearing his insights on opportunities to grow Nebraska through international trade.”

“Through the years, Nebraskans working in agriculture have built a reputation for producing world-class crops, livestock, feed, fuel, equipment, and ag technology,” said NDA Director Steve Wellman.  “The Governor’s Ag and Economic Development Summit gives producers and agri-business leaders in Nebraska an opportunity to facilitate new partnerships and discuss how to drive economic growth in our state’s number one industry.”

Assistant Secretary of State Kritenbrink is scheduled to provide remarks during lunch.  Kritenbrink grew up on a farm near Ashland and graduated from the University of Nebraska-Kearney.  He served as U.S. Ambassador to Vietnam from 2017 to 2021 after being appointed by President Donald Trump.

“We are excited to have Assistant Secretary of State Kritenbrink join us this year to share his insights on opportunities to grow Nebraska’s brand internationally,” said DED Director Anthony L. Goins.  “We hope everyone who shares our mutual vision to grow Nebraska will join Governor Ricketts and us in Kearney for this year’s Summit.”

The Summit will officially kick off on the evening of Tuesday, August 9th, with a reception and banquet hosted by the Nebraska Diplomats and NetChoice.  During that event, numerous Diplomats and Nebraska businesses will be recognized for their contributions to the state’s economic success over the previous year.

Registration for the Diplomat Banquet and Summit can be accessed at govsummit.nebraska.gov.  A full Summit agenda is also available through the website.  For questions, contact Lori Shaal at lori.shaal@nebraska.gov or 402-471-3780.