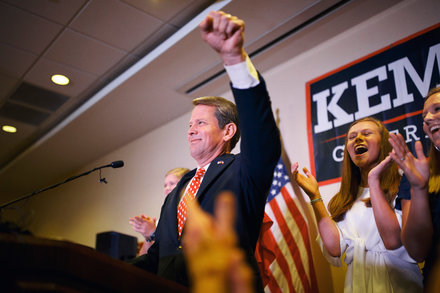 Chy Kellogg has devoted the past three years to being an advocate for agriculture throughout Cobb County. It was when the Chicago native relocated to Georgia that she noticed a disconnect between consumers and producers. Since then, Kellogg has volunteered countless hours to educating students on sustainability and about where their food comes from.

Outside of conservation and agriculture work, she is the owner of SociallyChy, a digital marketing consulting company that serves small and medium businesses.

J. Chad Nimmer is the current owner of Suwanee Forest Products, co-owner of JCL Logging, and a procurement forester for Pierce Timber Company.

Nimmer studied forestry at Okefenokee Technical College, formerly called Okefenokee Technical Institute. He is married to Amy, and they have four children: Gracie, J.C., Ava, and William. They reside on their family farm in Blackshear and attend Emmanuel Baptist Church.

Takosha Swan is the owner, president, and CEO of Business Women Consulting, LLC. She dedicated five years to honorable military service under the Army and the Georgia Army National Guard, and she also served during Operation Iraqi Freedom in Kuwait and Iraq. Swan earned a master’s degree in Business Administration from the University of Phoenix. She and her husband, Master Sergeant Kenneth Swan, who is an active member of the Georgia Army National Guard, have three children together. The family resides in Conyers.

Jerry Orlans serves as the president of RBC Benefits, Inc. in Roswell. He holds a degree in Finance from Wayne State University, and he has over thirty-five years of industry experience in employee benefits administration. Orlans served on the Roswell City Council and on the Board of Directors of North Fulton Regional Hospital. He and his wife have three children.

Luis Manuel Solis Jr. is Chief Deputy of Operations for the Gwinnett County Sheriff’s Office, and he previously served eleven years with the Braselton Police Department. His career also includes twenty years of military service in the U.S. Army’s Special Operations from which he retired as a U.S. Army Ranger. Solis is a graduate of the FBI National Academy Class #237 and the Georgia Law Enforcement Officer Command College at Columbus State University. He and his wife live in Dacula. They have three adult children and four grandchildren.

Georgia State Board of Physical Therapy