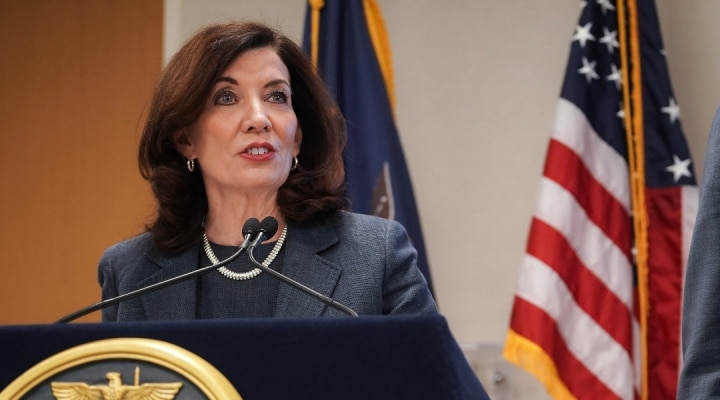 "We are working hand in hand with the agricultural community to support the needs of both workers and employers and ensure the prosperity of farming in New York State," Governor Hochul said. "This working group will be critical to tackling several challenges within New York's agricultural industry, and my administration will continue to work with farmers to address their needs and reimagine farming in our state." (Marc A. Hermann / MTA, Flickr/Creative Commons)

ALBANY — Governor Hochul announced that a special working group of state agencies and agricultural community stakeholders will collaborate to support New York farmers and help boost the agricultural industry. This summer, Governor Hochul and Lieutenant Governor Delgado held a series of roundtable discussions with a diverse group of farmers and industry stakeholders on Long Island, in the North Country, the Hudson Valley, and in the Finger Lakes to hear their concerns about the agricultural industry in the state. This Strategic Interagency Task Force Lessening Obstacles to Agriculture Working Group, as directed by the Governor in response to the concerns of farmers and industry stakeholders, will be chaired and convened by Department of Agriculture and Markets Commissioner Richard Ball.

“We are working hand in hand with the agricultural community to support the needs of both workers and employers and ensure the prosperity of farming in New York State,” Governor Hochul said. “This working group will be critical to tackling several challenges within New York’s agricultural industry, and my administration will continue to work with farmers to address their needs and reimagine farming in our state.”

“As an upstate native and former representative of thousands of family farms in Congress, I know that farming isn’t just a business, it’s a way of life,” said Lieutenant Governor Antonio Delgado. “When our farms struggle, we all struggle, and that’s why the Governor and I remain committed to understanding and meeting the needs of New York’s producers. It is incumbent upon us to address the concerns we have heard from farmers across the state and provide solutions to ensure their continued success.”

The group will work alongside representatives from commodity sectors of agriculture to identify challenges and to ensure agencies that interface with the state’s farmers communicate clearly, interact efficiently, and reduce burdensome requirements by focusing on future development. Feedback received from the sessions, which includes but is not limited to, getting more dairy into our schools, challenges with transportation and finding certified drivers, and the need to have access to new markets around the State’s climate change efforts, will be reflected in the group’s final recommendations. The emphasis will be on administrative actions that can be taken by the Governor and state agencies to provide an immediate and timely response to important issues around supporting and expanding food production in New York.

Based on the conversations, and feedback received through the four roundtable sessions, the Task Force will initially focus on, but not be limited to, the following topics:

A final report will be provided to the Governor’s Office and will identify actions, as recommended by the working group, that state agencies can take to help streamline business for New York’s farmers.

New York State Department of Agriculture and Markets Commissioner Richard A. Ball said, “We have made a lot of progress over the years when it comes to supporting our farmers, but we have a lot more work ahead of us, especially when it comes to workforce development, agricultural education, and ensuring a strong, vibrant industry for the future. We have an opportunity today to work together with our fellow state agencies and our partners in agriculture to tackle some of the challenging issues before us and find tangible solutions, ensuring New York State continues to lead the nation in agricultural production.”

New York Farm Bureau President David Fisher said, “New York farmers face a number of regulatory, labor, and market challenges that limit the ability to grow our businesses in this state, many of which we spoke about with Governor Hochul when she visited my family’s dairy farm this summer. I look forward to continuing that conversation with the SILO Task Force. It is an opportunity to identify common sense approaches to break down barriers and support our state’s food system,”

Brian Reeves, President of the New York State Vegetable Growers Association, said, “I look forward to working with my colleagues in the agricultural sector and at the Department of Agriculture and Markets to find ways to reduce the regulatory burden on New York farms and improve the efficiency of how our state government interacts with those of us in agriculture. A strong farming industry in New York will help ensure that all of our citizens will have access to nutritious, fresh, locally produced food at all times and under all circumstances. In light of the recent pandemic, this is as important as ever.”

Tonya Van Slyke, Northeast Dairy Producers Association Executive Director, said, “As the organization that serves as the voice of dairy farms in New York, the Northeast Dairy Producers Association values the reconvening of the SILO Task Force as an important step toward removing barriers for farmers, processors, and haulers and to facilitate opportunities that strengthen New York’s ag economy. Farmers participated in roundtables and listening sessions to share their concerns directly with state leadership, and we’re appreciative that their feedback is being heard. Labor and environmental stewardship are top priority areas for our family farms. It is critical that we work collaboratively to address the challenges that farmers are facing to maintain a viable agriculture industry for generations to come. New York’s food supply depends on it.”

Jim Bittner, owner of Bittner Singer Orchards and Interim Director of the New York State Horticulture Society, said, “The SILO committee offers those of us in production agriculture a unique opportunity to interact with many departments throughout state government. As a result, we can work together so that the rules and regulations that need to be in place to protect all citizens in New York also take into account the realities and challenges of agriculture. I look forward to dialog that will enable agriculture to continue its role as an economic engine in New York.”

Jeffery M. Fetter, President of Scolaro Fetter Grizanti & McGough, P.C. and Chairman of the Business and Tax Practice and Agricultural Services Groups, said, “It has been a pleasure and an honor to work with farms and farm families throughout New York State for more than 35 years. In light of the increasing challenges facing the agriculture industry, the establishment of the Task Force as a common forum among state agencies to understand and address these issues will be welcomed by all who work in and provide services to the state’s largest industry.”

Agriculture is a critically important sector of New York’s economy. The state is home to over 33,000 farms producing some of the world’s best food and beverages. Approximately 20 percent of New York State’s land area, or close to 7 million acres, is farmland. New York is first in the country in the production of major dairy products, such as yogurt and cream cheese, second in the country in the production of apples and maple, and third in grapes and cabbage. 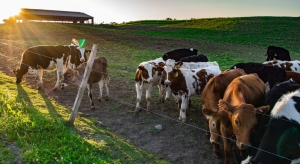