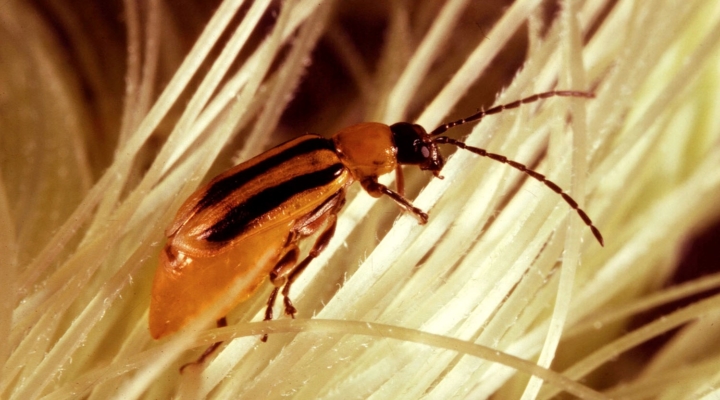 HENDERSON, N.Y. — Following the successful application of biocontrol nematodes to reduce the impact of alfalfa snout beetle, Northern New York farmers and a research team led by Cornell University entomologist Elson Shields are now evaluating their use to combat corn rootworm. The most recent report of research trial results is posted at www.nnyagdev.org.

In trials since 2014 when the biocontrol nematodes were applied at the Musgrave Research Farm in Aurora, NY, they have persisted in high levels each year. They have reduced corn root feeding damage with results equal or at a better level of root protection than with the best BT-CRW corn variety in year 2 of the corn crop in the trial. Their level of persistence has also been at a level sufficient for controlling corn rootworm larvae when the population rebounds from the wet years during the hatching period.

One of the farms participating in this research is Morning Star Farms in Henderson, NY. A spring 2018 bioassay there indicated a high level of nematode persistence two years after application. The level is high enough to protect a new alfalfa stand there from invasion of alfalfa snout beetle in coming years.

The value of this biocontrol nematode research has now traveled from Northern New York to multiple states. For example, in West Texas, where corn rootworm adult populations have been very high, the use of biocontrol nematodes resulted in significant reduction of the pest and the root damage caused by it.

The biocontrol nematode protocol is also being tested in field trials in New Mexico, Ohio, and Michigan.

Shields notes, “Without the long-term support of the Northern New York Agricultural Development Program for the research needed to develop a solution for alfalfa snout beetle, this study to evaluate the potential to eliminate the need for BT-rootworm corn or soil insecticides on conventional varieties would not be possible here in New York or in the other states now applying the biocontrol nematodes.”