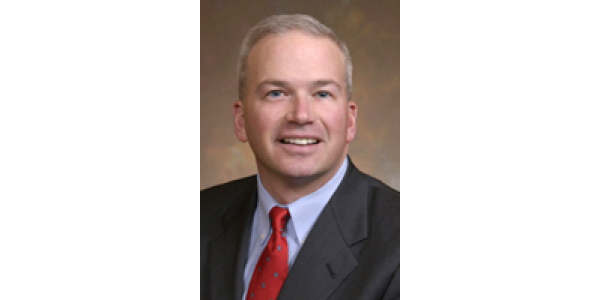 Scott Fitzgerald is the Republican leader of the Wisconsin State Senate. (https://ballotpedia.org/Scott_Fitzgerald)

MADISON, Wis. (AP) — The Republican leader of the Wisconsin Senate asked Democratic Gov. Tony Evers on Friday to withdraw his pick to lead the state agriculture department, saying there isn’t enough support to confirm him.

Evers selected Brad Pfaff to lead the state Department of Agriculture, Trade and Consumer Protection in January. Senate Majority Leader Scott Fitzgerald’s spokesman, Alec Zimmerman, said in an email Friday that Pfaff does not have the votes to be confirmed. Fitzgerald asked Evers earlier Friday to withdraw his nomination of Pfaff before Tuesday’s Senate session, Zimmerman said.

“It is astonishing that, in the middle of a dairy crisis and trade war, Republicans want to create even more uncertainty and instability by firing the leader of the agency charged with fighting for Wisconsin’s farmers and rural communities,” Evers said in a statement.

But in July, Pfaff angered Republicans when he accused them of abandoning farmers after the Legislature’s GOP-controlled budget committee did not release $200,000 for a farmer mental health program. The committee released the funding in September.

“As of today, (the agriculture department) has funding to provide just five more counseling vouchers to farmers in need of mental health care,” Pfaff said then. “If the Joint Finance Committee doesn’t want to move this funding forward immediately, then they have a choice to make: Which five farmers will it be?”

Fitzgerald, who is running for Congress, said then that Pfaff was being “flippant” and said his comments were “beneath” his position leading the agriculture department.

Pfaff and Democrats pushed for the funding as Wisconsin farmers have been wrestling with a combination of problems over the last few years, including an industry transition toward a factory farm model, falling milk prices and President Donald Trump’s trade war. Nearly 700 dairy farms closed last year in Wisconsin — the highest number of closures since 2011.

Republican Sen. Steve Nass, of Whitewater, had also criticized the agriculture department for proposing rules designed to protect farmers’ neighbors from the stench of manure. The new proposals, which have yet to be approved, would dramatically expand manure storage facility setbacks from neighbors’ property lines for new farms and farms looking to expand. Nass called the proposed new regulations “devastating” for farmers and urged the department to scrap them and start over.

Democratic Minority Leader Sen. Jennifer Shilling said it was “unacceptable and callous” for Republicans to block Pfaff, calling him a “tireless advocate and ally for Wisconsin farmers.”

“Once again, Republicans are playing petty political games rather than doing what is right for Wisconsin families and local farms,” Shilling said in a statement.

A spokeswoman for the agriculture department did not immediately respond to a request for comment.

Pfaff had worked as deputy chief of staff to U.S. Rep. Ron Kind, a Democrat from La Crosse, since 2017 before being picked by Evers to be in his Cabinet. Pfaff was born and raised on a dairy farm in La Crosse County. He previously worked under President Barack Obama’s administration as executive director of the U.S. Department of Agriculture Farm Service Agency.

The Senate has confirmed just five of Evers’ Cabinet secretaries. Pfaff is one of 11 others whose confirmation remain in limbo. They can remain in their jobs unless the Senate votes to reject confirmation.