Home / Missouri / Gooseberries have their roots in the Ozarks 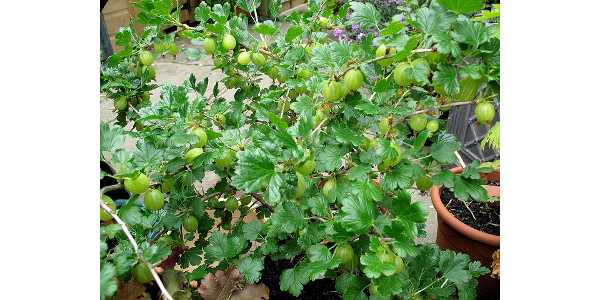 "Gooseberries are native to much of southern Missouri, and we frequently get questions at the extension center about gooseberries," said McGowan. (Jeremy Tarling via Flickr)

SPRINGFIELD, Mo. — Gooseberries are a late spring-early summer favorite with roots in the Ozarks according to Kelly McGowan, horticulture educator, University of Missouri Extension.

“Gooseberries are native to much of southern Missouri, and we frequently get questions at the extension center about gooseberries,” said McGowan.

How difficult are gooseberries to grow? Gooseberries are easy to grow. The Pixwell, Poorman, and Welcome varieties work well in southern Missouri.

“The bushes reach three to four feet in height and are relatively carefree as far as pests. The bushes are also useful in the landscape, and one plant may produce up to 25 pounds of fruit,” said McGowan.

How do I handle gooseberries after harvest? Remove the stem and the calyx and then refrigerate the fruit until used. Many ways to use the fruit cakes, jams, preserves, sauces.

Shutterbugs, you have one month