Home » Global team of scientists determine ‘fingerprint’ for how much heat, drought is too much for forests 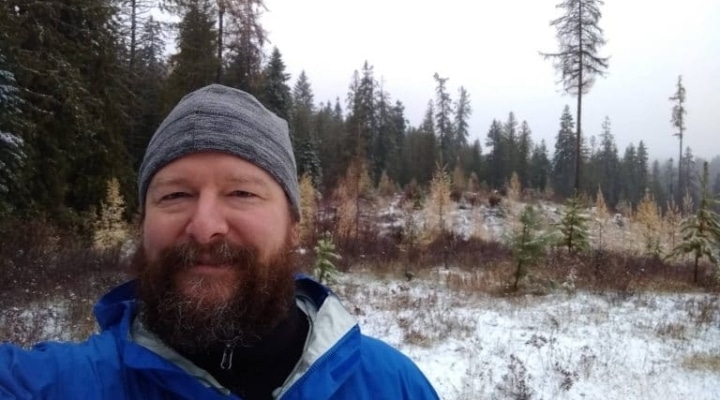 PULLMAN, Wash. — How hot is too hot, and how dry is too dry, for the Earth’s forests? A new study from an international team of researchers, including a Washington State University scientist, found the answers by looking at decades of dying trees.

Just published in the journal “Nature Communications,” the University of Florida-led study compiles the first global database of precisely georeferenced forest die-off events, at 675 locations dating back to 1970. The study, which encompasses all forested continents, then compares that information to existing climate data to determine the heat and drought climatic conditions that caused these documented tree mortality episodes.

“In this study, we’re letting the Earth’s forests do the talking,” said William Hammond, a University of Florida plant ecophysiologist who led the study. “We collected data from previous studies documenting where and when trees died, and then analyzed what the climate was during mortality events, compared to long-term conditions.”

After performing the climate analysis on the observed forest mortality data, a pattern emerged.

“What we found was that at the global scale, there was this consistently hotter, drier pattern – what we call a ‘hotter-drought fingerprint’ – that can show us how unusually hot or dry it has to get for forests to be at risk of death,” said Hammond. The fingerprint shows that forest mortality events consistently occurred when the typically hottest and driest months of the year got even warmer and drier.

Those higher temperatures would more than double how often forests around the globe see tree-killing droughts.

Adams studies drought-caused deaths in trees, such as the iconic Western redcedar, observed dying back on both sides of the Cascades.

“So far we can’t find any insect, fungus, or other disease attacking this tree, so our research is showing it appears to be an effect of drought and heat alone,” he said. “This new paper predicts that we’ll see a lot more of this type of damage to our forests in the future with climate change. It’s a real cause for concern.”

While wildfires draw much attention, “drought, heat, and tree-killing bark beetles have taken out a lot more trees across the west than fire,” Adams added. “This disruption to forests’ ability to draw carbon from the atmosphere, to water resources, timber, and wildlife habitat could affect even more of our landscapes. It’s like a massively spread-out, slow-burning wildfire.”

Relying, in part, upon trees and other plants to capture and sequester carbon, as some proposed climate solutions suggest, makes it is critical to understand how hot is ‘too hot,’ and how dry is ‘too dry,’ Hammond said: “Otherwise, mortality events like those in our database may wipe out planned carbon gains.”

Hammond developed an interactive application on the website of the International Tree Mortality Network to host the database online and to allow others to submit additional observations of forest mortality to the database.

“We’re hoping that this paper will create a bit of urgency around the need to understand the role of warming on forest mortality,” Hammond said.

The paper, “Global field observations of tree die-off reveal hotter-drought fingerprint for Earth’s forests,” can be accessed at nature.com/articles/s41467-022-29289-2.