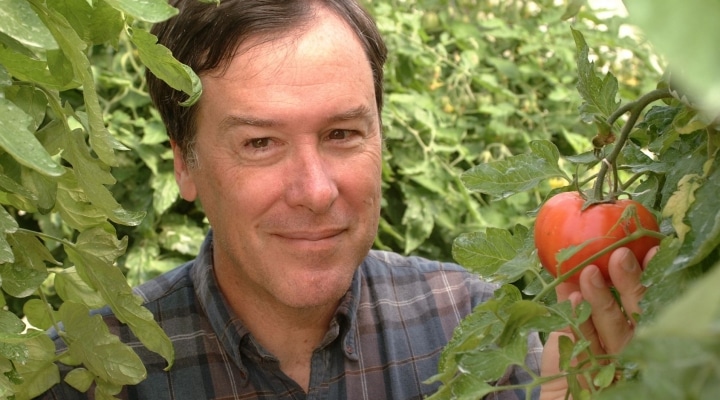 Normally, University of Florida scientists such as Harry Klee gauge the taste and aroma of their new tomatoes by letting volunteers test them at the UF Sensory Lab in Gainesville. But now, people from across the globe who grow tomatoes in their gardens can serve as citizen scientists and send flavor and growing data to Klee. (photocourtesy, UF/IFAS photography)

GAINESVILLE, Fla. — Normally, University of Florida scientists such as Harry Klee gauge the taste and aroma of their new tomatoes by letting volunteers test them at the UF Sensory Lab in Gainesville. But now, people from across the globe who grow tomatoes in their gardens can serve as citizen scientists and send flavor and growing data to Klee.

In this case, for a nominal donation to support the lab’s program, participants can receive packets of seeds to grow tomatoes in their home gardens. Then, they can share information with Klee, a UF/IFAS horticultural sciences professor.

This new citizen science research project just got started, but as of January 4, 191 people around the world had paid $25 or more each to grow new, unreleased varieties of tomatoes in their yards, Klee said. That’s within only two weeks of launching the new program.

Klee and his lab colleagues have distributed varieties — including Garden Gem and Garden Treasure, approved for release by UF/IFAS — since 2015. More than 13,000 people in all 50 states and roughly 40 countries have taken advantage of this offer.

“We have always encouraged feedback from these gardeners, and the enthusiasm they have shown encouraged us to formalize the process” Klee said.

But this citizen science project is new.

“This is a first for us,” Klee said. “Although UF/IFAS has supported the distribution of our seeds for roughly five years, this is the first time that we have established a formal program to collect data from individuals throughout the world, involving them directly in selection of new garden tomato varieties.”

“It’s an effort to educate home gardeners in the process of evaluating new varieties of a crop. They get to be amateur plant breeders,” he said. “Our goal is to get feedback on the performance and consumer acceptability for varieties for as large a geographic region as possible. It goes way beyond Florida.”

Donations provide support for further tomato research at UF/IFAS and help cover the cost of creating and mailing the seed packets.

“When individuals support tomato research, they receive the seed varieties as a ‘thank you’ for partnering with Dr. Klee’s lab,” Hilton said. “And now they also have the option to become an honorary member of the Klee Lab and participate in this citizen science initiative.”

“This program connects passionate gardeners with research and in turn, provides them the opportunity to try new varieties, help researchers like Dr. Klee select varieties for further development and apply the scientific method in their own gardens,” she said.

Klee and the fellow scientists in his lab will develop a website to gather the data later in the growing season. Click here for more information on the Klee laband his new garden tomato cultivars.