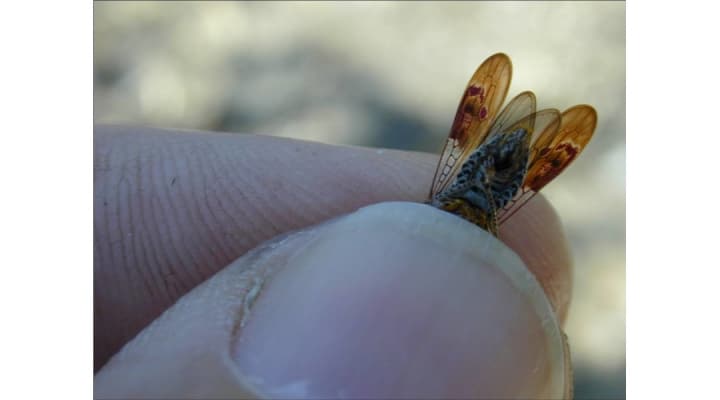 SACRAMENTO — A local infestation of the glassy-winged sharpshooter (GWSS) has been detected in a residential area of Vacaville in Solano County. The pest is primarily a threat to grapevines because it can spread a fatal bacterium that cause Pierce’s disease (PD). Five adult sharpshooters were found October 1 in traps set as part of a broad array designed specifically to detect this pest throughout the uninfested areas of the state. Additional traps have since been deployed at a higher density near those two initial detection sites, detecting approximately 35 more GWSS. Visual survey of plant material in the area has also detected egg masses in the same neighborhood. No GWSS or egg masses have been detected outside this immediate area.

Working with the Solano County Agricultural Commissioner’s office and others in the region, the California Department of Food and Agriculture’s (CDFA) Pierce’s Disease Control Program are continuing to survey the area, inform local growers and the broader community, and develop appropriate next steps to eradicate this infestation.

“The last time we detected a glassy-winged sharpshooter infestation in Vacaville, it was 2004 and the threat of Pierce’s disease wasn’t nearly as well understood as it is today,” said CDFA Secretary Karen Ross. “It is a testament to our growers’ steadfast commitment to the cooperative Pierce’s Disease Control Program that we have been able to eradicate 18 localized infestations since the initial detection of this pest in Southern California, and we are working toward the same result here. What is different in 2021, of course, is that we have conducted two decades of research to develop not only a mature, proven program and protocols to eradicate these incipient infestations, but also answers to Pierce’s disease itself, in the form of disease-resistant grapevines and other approaches that will protect this great industry for decades to come.”

“We are addressing this new infestation with utmost urgency and are confident our early detection and rapid response actions, along with cooperation from Vacaville residents, will quickly suppress and help to eradicate it before it may impact local and regional agricultural resources,” said Solano County Agricultural Commissioner Ed King.

If agricultural officials determine that pesticide treatments are necessary to eradicate this infestation, treatments would be made by ground equipment only and would consist of applications to the root zone and leaves/branches of the host plants (plants known to harbor the pest) to target adult GWSS and also provide long-term, systemic protection against re-infestation. In previous eradication projects for this pest, properties with host plants within a 150-meter radius around each detection site were treated.

Residents of affected properties will be invited to a public meeting with officials from CDFA, the county agricultural commissioner’s office, the Department of Pesticide Regulation, and the Office of Environmental Health Hazard Assessment to address residents’ questions and concerns. Residents would be notified in writing at least 48 hours in advance of any treatment.

GWSS is an invasive and aggressive vector (or spreader) of Pierce’s disease. PD is considered one of the most devastating diseases of grapevines in the world. The bacterium that causes the disease, Xylella fastidiosa, kills grapevines within two to five years of infection. There is no cure for Pierce’s disease. GWSS was first reported in California in 1994 but probably arrived in the late 1980s. It is native to the southeastern United States and northeastern Mexico. It currently infests 12 California counties, with established populations across Southern California. GWSS feeds on the xylem fluid of a large number of plants. The pest is found in 12 California counties (map). PD threatens grape crops valued at $6.25 billion and associated economic activity within California of approximately $57.6 billion. While grapevines are the pest’s most famous target, other crops and ornamental plants such as almonds (valued at $5.6 billion) susceptible types of citrus ($1.12 billion), stone fruits ($885 million), and various shade trees are also at risk from the Pierce’s disease strain of the bacterium.

Photos of the insect, egg mass, and trap are available here..

Additional background about GWSS and Pierce’s disease is available here.